In British Columbia, the Family Day holiday in 2019 is set for February 18th, the third Monday in the month.

Last year, the statutory holiday took place on the second Monday in February, but a change was made to finally make this holiday move in line with other provinces in Canada.

However, the iOS Calendar app on iPhone has not made the change yet as it’s still showing as February 11th, which is causing an issue for many users in B.C., as seen below: 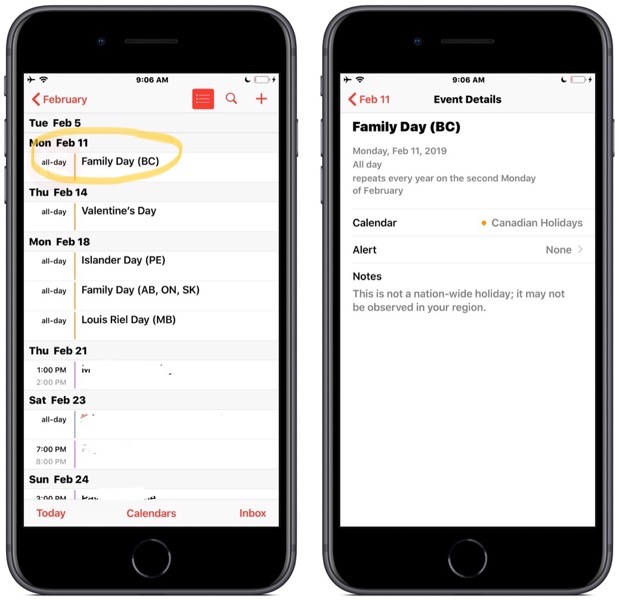 According to iPhone in Canada reader, Jared, he made holiday plans based on the iOS Holidays Calendar for Canada for BC Family Day, but the date had not been moved yet. Once he realized the error, he had to cancel his plans.

So what’s an iPhone user to do? Jared fired off an email to Apple CEO Tim Cook yesterday about the issue, and received an email reply this morning from Apple’s SVP of Software Engineering, Craig Federighi, who replied: “we have a fix on the way early next week.”

Federighi also jokingly said, “We definitely don’t want to be responsible for the firing of every iPhone user in British Columbia!”

The full email can be seen below: 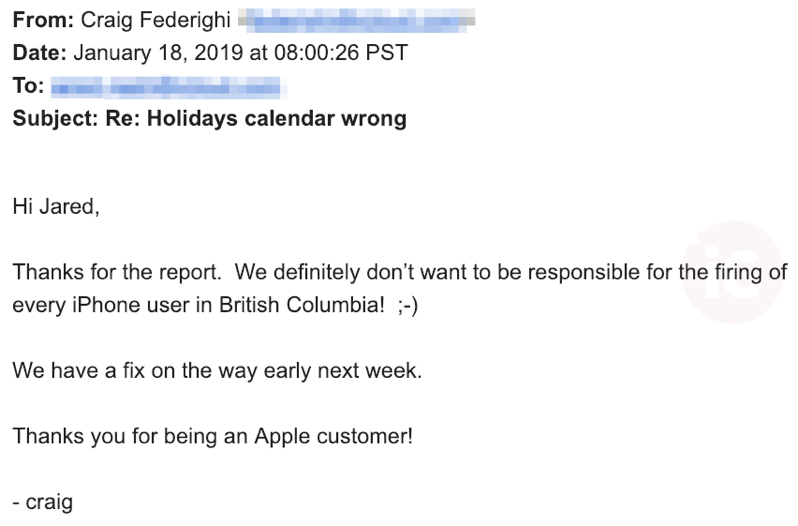 We did verify the email headers to confirm the original reply came from Apple servers. If you’re affected by this BC Family Day bug in the iOS Holiday Calendar, stay tuned and don’t book a vacation yet. It most likely will be fixed in an upcoming iOS 12.1.3 update.

Apple has started working on a 20-inch foldable OLED display, supposedly for a future MacBook Pro model, according to a report from The Elec (via MacRumors). This corroborates previous information from display analyst Ross Young, who said back in February that Apple wants to make a 20-inch foldable MacBook. The display is going to be 20.25...
Nehal Malik
48 mins ago