Apple is the most valuable brand in the world for a third straight time at $104.3 billion, up 20% over last year, according to Forbes’ analysis of the world’s top brands for 2013. Looking at the list, it appears that the company is worth nearly twice as much as Microsoft, which ranks second with a $56.7 billion worth. Coca-Cola is ranked at number 3 and is the only non-tech brand to reach the top five with a brand value of $54.9 billion. 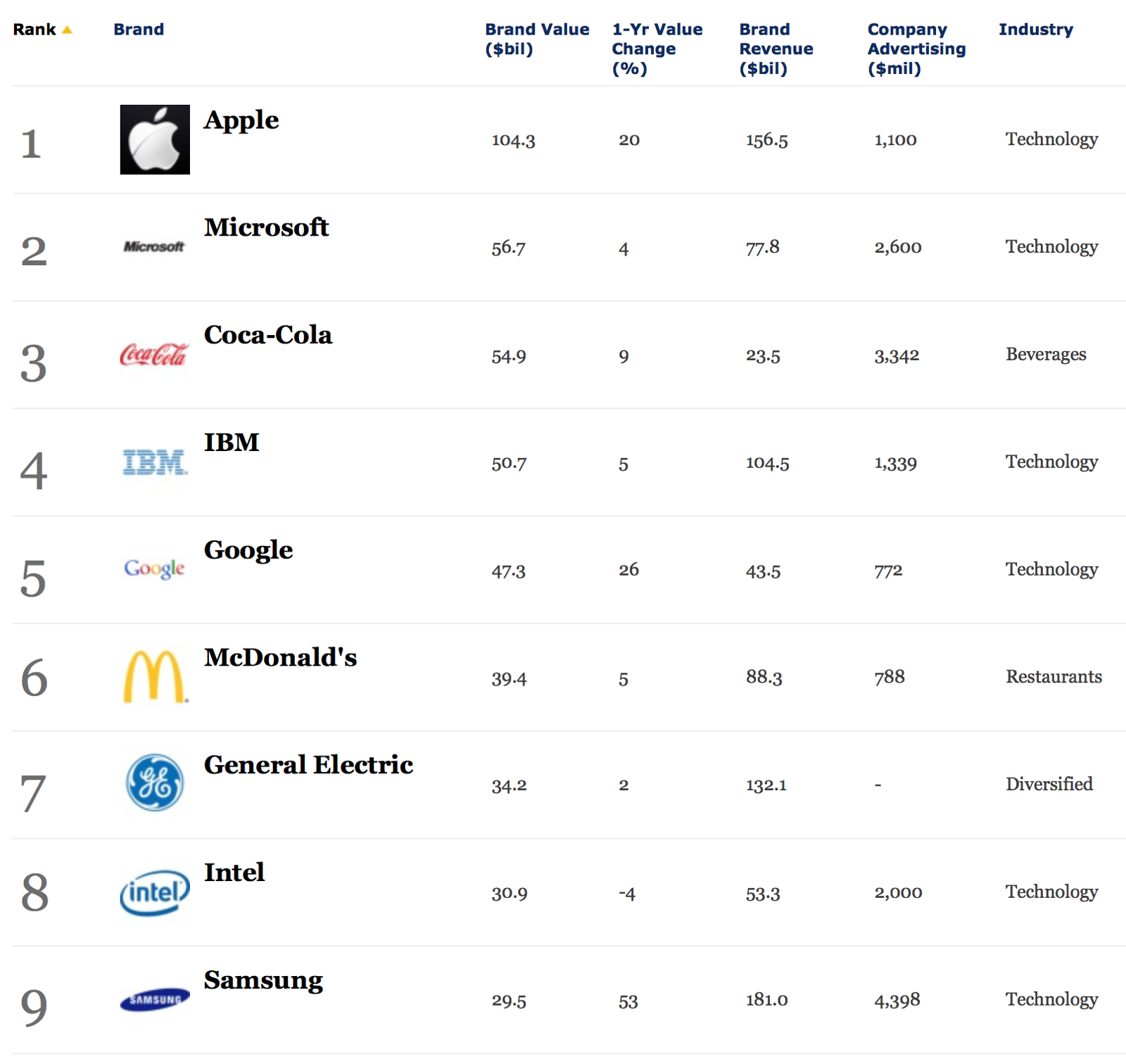 Forbes highlights that Apple sold a record 33.8 million iPhones in its latest quarter, while shipping 14.1 million iPads and 4.6 million Macs worldwide. It also sold 3.5 million iPods in its fiscal fourth quarter and 26.4 million for the year. Roughly 30 billion songs have been sold on iTunes since it launched back in 2003. Professor and branding expert Kevin Lane Keller notes that design has been a large contributor to the strength of the Apple brand.

“Design is how a product works, how it looks, how it feels. It’s functional and aesthetic. Apple has embraced that in the fullest sense possible in terms of making products simple, but also good looking and attractive,” says Keller.

Forbes valued the brands on three years of earnings and allocated a percentage of those earnings based on the role brands play in each industry. You can view the complete list of world’s most powerful brands at this link.