Apple Giving $5.99/Month Credit for Apple TV+ to Some Customers 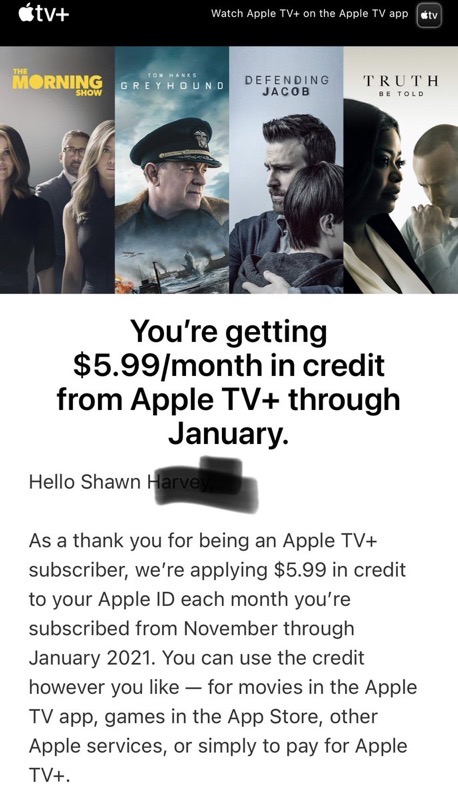 Apple has been notifying select customers they are getting a $5.99 CAD/month credit “as a thank you for being an Apple TV+ subscriber,” reads an email from the iPhone maker.

According to iPhone in Canada reader @ShawnRHarvey, the email says the $5.99 CAD/month credit will be applied each month to this Apple ID for each month he’s subscribed “from November through January 2021.”

The credit can be used towards anything, such as paying for apps, games and more, “or simply to pay for Apple TV+”.

Did you get this ‘thank you’ credit from Apple for Apple TV+?

The operating system (OS) for Apple's long-rumoured mixed reality headset is now reported to be dubbed "xrOS." This naming convention comes following reports that Apple was naming its AR/VR headset OS "RealityOS." In a report from Bloomberg, Apple's new naming convention appears to have come out of nowhere. However, the report goes on to state...
Steve Vegvari
52 mins ago