Apple, which has been carbon neutral for its global corporate operations since 2020, is now aiming to become carbon neutral across its entire global supply chain and the life cycle of every product by 2030. 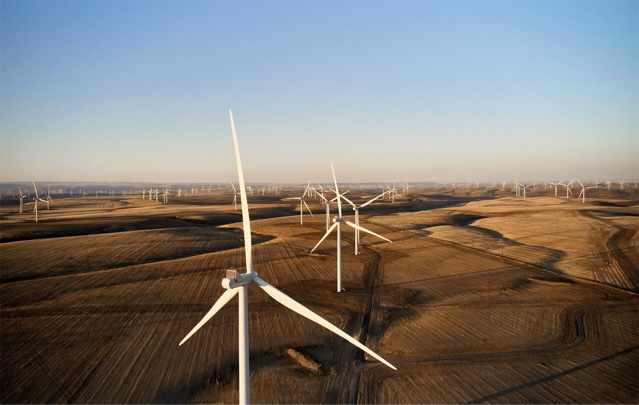 The iPhone maker today called on its global supply chain to take new steps to address their greenhouse gas emissions and take a comprehensive approach to decarbonization.

In a press release earlier today, the company said it will evaluate the work of its major manufacturing partners to decarbonize their Apple-related operations, including running on 100% renewable electricity and will also track their yearly progress. 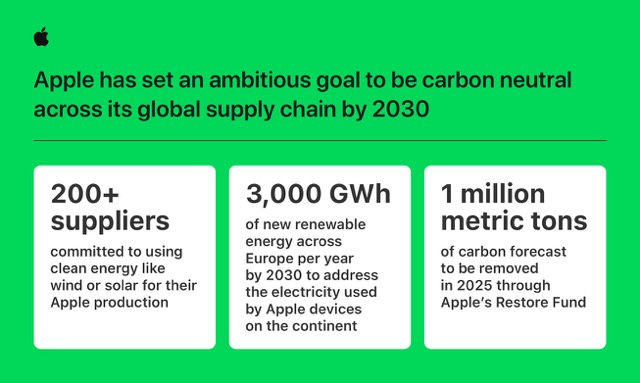 “Fighting climate change remains one of Apple’s most urgent priorities, and moments like this put action to those words,” said Tim Cook, Apple’s CEO.

“We’re looking forward to continued partnership with our suppliers to make Apple’s supply chain carbon neutral by 2030,” Cook added. “Climate action at Apple doesn’t stop at our doors, and in this work, we’re determined to be a ripple in the pond that creates a bigger change.”

More than 200 suppliers representing more than 70 percent of Apple’s direct manufacturing spend have already committed to using clean power like wind or solar for all Apple production.

Major manufacturing partners who have committed to power all Apple production with 100% renewable energy include:

To help suppliers meet their commitments and go even further, Apple is offering a suite of free e-learning resources and live trainings through its Clean Energy Program.