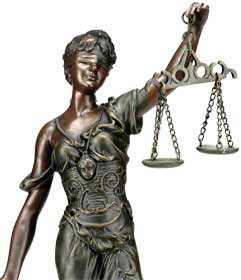 Accusations of patent infringement have become so common among the major mobile device manufacturers that they are already bordering on cliche. Court systems the world-wide are filled to capacity with finger-pointing and filings dealing with who copied who and details that really just amount to corporate white noise. Consumers are confused and for the most part have lost all interest. With all of this in mind, the suggestion to use binding arbitration is a good one. Fortunately, Apple and Google both agree (which may be monumental enough news by itself) reports Bloomberg:

If successful, binding arbitration could negotiate once and for all a “licensing agreement over patents that are essential to comply with industry standards on how phones operate.” In an effort to pull the process together, proposals have been traded between the two companies, with legal counsel on both sides indicating their willingness to cooperate:

“We have long sought a path to resolving patent issues and we welcome the chance to build on the constructive dialogue between our companies. While we prefer to seek a framework for a global (rather than piecemeal) resolution that addresses all of our patent disputes, we are committed to reaching agreement on a license for our respective standard-essential patents.”
Google General Counsel Kent Walker

“Apple’s goal has always been to find a mutual and transparent process to resolve this dispute on terms that are fair, reasonable and non-discriminatory without the threat or taint of exclusionary remedies.”
Apple General Counsel Bruce Sewell

Several other companies will be watching this news rather carefully as it stands to benefit others in the industry, including Samsung (who just came under additional fire from Apple for the Galaxy Note and S III) and Microsoft (who is very much involved, though not in Apple’s sights for the moment).