A newly granted Apple patent reveals the company’s interest in stepping into a territory in which GoPro is king. While pointing out the weaknesses of the GoPro system, it also unveils a possible feature Apple plans to add: waterproofing (via Patently Apple). Let the dreaming begin!

The patent background points to the GoPro HD Hero2 digital camera, mentioning that it only has a single image-capturing system that “captures images using an optical axis directed outward from the ‘front’ of the camera.”

A second weakness Apple points out and wants to solve is the battery life of the remotes: Currently, the remote’s battery life is limited, as it needs to always be connected to the camera to be notified whenever there is a change in the camera state. 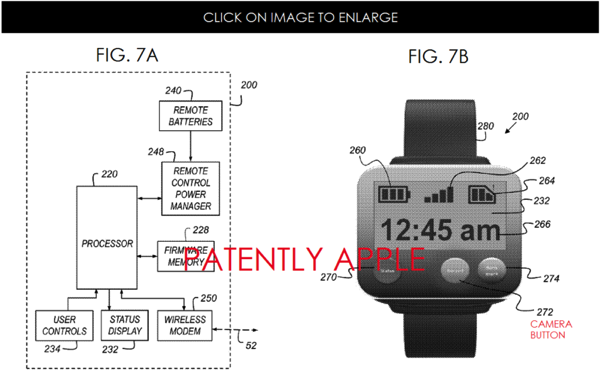 The Apple patent 8,934,045 describes an invention related to a digital camera having a remote control. This could be the iPhone or the Apple Watch. One of the attached images depicts the front view of the remote control, making us wonder if the company will integrate it into the forthcoming wearable.

And the waterproofing part:

The Apple patent was first filed in Q1 2012, and it also incorporates a Kodak patent the company acquired in 2013. GoPro shares plummeted after the news went mainstream.

Apple on Monday released tvOS 16.3.1 and HomePod software version 16.3.1 for download. As for release notes? For HomePod 16.3.1, Apple says it includes general performance and stability improvements without going into specifics. The software update size is 467.8 for the original HomePod. In order to update your HomePod software, you need to launch the […]
Gary Ng
5 mins ago

SaskTel is partnering with South Saskatchewan Ready (SSR) to bring the infiNET service to four communities in Southern Saskatchewan. The partnership will expand the SaskTel infiNET service, Saskatchewan’s largest fibre broadband network, to the following communities: Bengough Coronach Rockglen Willow Bunch The project is being facilitated through SaskTel’s Community Participation Program, which has been utilized by over...
Usman Qureshi
30 mins ago

Despite engineering delays, Apple is said to be continuing work on full reverse wireless charging support for the next-generation iPhone (via 9to5Mac). (Concept image: via EverythingApplePro) Citing sources familiar with the matter, the report notes that Apple was expecting to introduce the feature with the iPhone 14 Pro, but it missed the deadline. However, the...
Usman Qureshi
42 mins ago