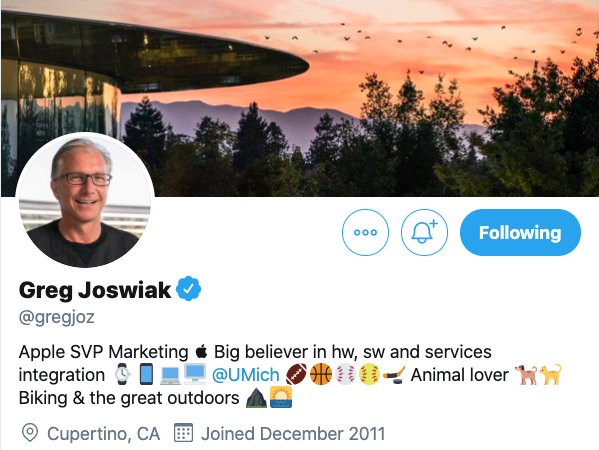 Last month, Apple announced its longtime executive Phil Schiller, senior Vice President of worldwide marketing, would be stepping down from his role and become an “Apple Fellow”.

Schiller’s role was filled by Greg Joswiak, who was promoted to senior vice president of Worldwide Marketing.

Normally, Schiller would be teasing Apple events and more on Twitter in his role, but now that’s he is semi-retired, it’s Joswiak’s turn to step in.

So for Joswiak’s first tweet since joining Twitter in 2011, the executive teased Apple’s special event next week. “See you in 7 days! #AppleEvent”, said Joswiak this morning at 8:40am PT.

See you in 7 days! #AppleEvent pic.twitter.com/zDXneII5di

Along with this tweet was a video teasing next week’s special event, set to take place at the Steve Jobs Theater at Apple Park. We see the event’s logo being animated into the number “9.15”, representing September 15th.

According to media outlets like Bloomberg, Apple is expected to announce an Apple Watch next week and not the iPhone, with the latter set for October instead.