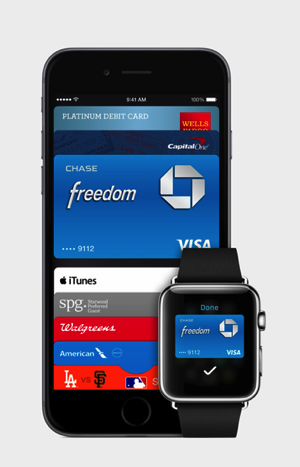 In addition to using NFC as means for Apply Pay, The Information reports that Apple is eyeing new uses for the technology beyond mobile payments. The source claims that Apple representatives are already in talks with technology companies like HID Global and Cubic, which enable secure access to buildings and transit fare systems, respectively, and are planning to integrate their systems with the iPhone.

“Consumers are just starting to use Apple Pay to make purchases at cash registers and online stores. But Apple representatives have also talked to potential partners about using the technology behind Apple Pay for other sorts of transactions, including building security access and accepting tickets at public transit turnstiles.”

So far, spokespeople for the two technology providers and potential Apple partners, have declined to comment about any discussions with the Cupertino company.

Apple has previously announced a similar partnership with Starwood Hotels, where Apple users can replace hotel keycards with their Apple Watch, even though this uses Bluetooth instead of NFC technology.

Apple, Google, Amazon, Meta, and Microsoft have all joined the University of Illinois (UIUC)'s Speech Accessibility Project to improve voice recognition algorithms for users with disabilities that affect speech and those with diverse speech patterns — reports Engadget. The tech giants are also joined by nonprofits like The Davis Phinney Foundation and Team Gleason in...
Nehal Malik
33 mins ago