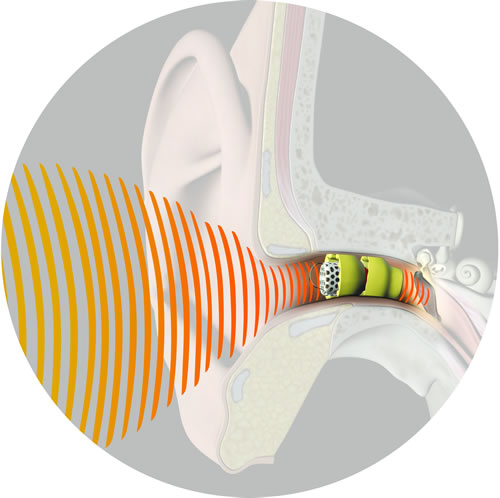 With fewer than 6 million people, Denmark supplies half of the world’s hearing aids. Local hearing aid manufacturers aim to advance their position in the market.

Reuters reports, GN Store Nord, headquartered in Ballerup, hopes to reach the iPhone generation age by taking the stigma out of wearing hearing aids. They have collaborated with Apple to develop a device packed with bluetooth-like technologies that allows users to use their iPhones to listen to music without the need for another device.

Denmark has a known expertise in sound technology, tracking all the way back to Hans Demant, who founded William Demant Holding Group and whose wife has a hearing disability. Over 100 years later, Demant is the world’s second largest maker of hearing aids, behind Switzerland’s Sonova. The latter’s Oticon Foundation continues to support engineering students and fund research.

Very strong private and public cooperation has driven development of audio products in Denmark from microphones to amplifiers. Denmark’s technical university offers an engineering acoustics masters programme that attracts students from all over the world. The potential for the industry is huge, and is worth approximately $15 billion.

The World Health Organization says that there are approximately 360 million people, with hearing loss. This works out to over 5 percent of the world population. Interestingly, current hearing aid production meets less than 10 percent of the worlds need.

Berenberg Bank estimates that only one out of every four who suffer hearing loss in the United States uses hearing aids because of the stigma of having to wear one. Premium products sold in the U.S. sell for around $3000 making price a factor as well.

There is hope that new technologies used in these product will make the devices more attractive and include more features, taking most of the stigma of wearing them away.

“United Nations figures project that one in five people in a world population of between 8.3 and 10.9 billion will be over 60 by 2050, up from just under one in 10 of the current 7 billion.”

It was a challenge to get the bluetooth-like technology in to a device that is so small and allowing the device to run without the need for frequent battery changes or charging.

Morgan Stanley calls LiNX, the project above that indents to implement these bluetooth-like features, the “first attempt at turning a hearing aid into a lifestyle product.

Lars Viksmoen, CEO for GN’s ReSound hearing aid business, described the 2010 launch of its first 2.4 GHz product a “live or die” moment. If that launch would have failed, we may have not been where we are today.

Luckily, Apple picked the 2.4 GHz frequency to use in its iPhone as well.

The buzz surrounding the made-for-iPhone mark has helped send GN’s share price up 60 percent this year, passing the 27 percent rise in Sonova and the 6 percent rise in Demant.

The main user base are those 65-years and older, and they are the least likely to need the multiple connectivity options. Berenberg analyst Tom Jones says:

“I think it will provide new avenues for innovation … but I am less convinced it will structurally change the industry.“

Demant, which has 23 percent of the market share says that there is a greater engagement with the mobile phone industry.

“We will have great stuff with connectivity for all types of mobile phones.”

Mohring also said that they would probably collaborate with mobile phone makers so they do not fall behind in this area.

Strakey Technologies, a hearing aid making company in the U.S. currently uses the 800-900 MHz platform and is working on a made-for-iPhone device but did not give nay further details.

ReSound’s Viksmoen said that after their made-for-iPhone device they will look into expanding into the bigger Android market.

Stanley recently bumped its sales growth predictions for GN’s hearing aids from 5.8 percent to 8-9 percent in 2014. Currently, GN’s penetration rate among iPhone users in its target group is only 5-10 percent. Predictions say that different options for device connectivity will allow that number to increase.

[caption id="attachment_376080" align="aligncenter" width="1536"] Image: Apple[/caption] Apple has delayed the target launch date for its self-driving electric vehicle (EV) by about a year and is now eyeing a 2026 debut, according to Bloomberg's Mark Gurman. The information comes from people familiar with the developments. Gurman, a renowned tipster for all things Apple, also said that...
Nehal Malik
30 mins ago