After testing iPhone X, reviewers from around the world are giving their impressions of its beautiful 5.8-inch Super Retina display, TrueDepth camera, Face ID and Animoji.  Read what they’re saying about the future of the smartphone. 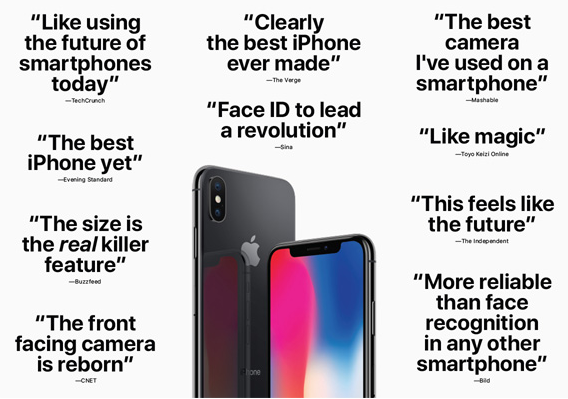 This year, Apple modified its typical review strategy, allowing a handful of YouTube channels first dibs on sharing hands-on with the device, while offering most reviewers only 24 hours with iPhone X, and only a select few media outlets extended time with the smartphone (BuzzFeed, TechCrunch, Mashable).

iPhone X launches in Canada on Friday, November 3rd. We’ll be sharing our thoughts on this latest iPhone once we get our grubby hands on it in two days.

Amazon today announced at its special event an update to its best-sounding Echo speaker, the Echo Studio. This speaker is now available in Glacier White, joining Charcoal, while it also gets some enhanced audio technology updates, that will be available for all existing and new users. New custom spatial audio processing technology and frequency range […]
Gary Ng
48 seconds ago

Amazon announced on Wednesday a new lineup of Fire TV Omni televisions, this time with QLED and also its “smartest TV lineup ever.” The new Fire TV Omni QLED Series is available in 65 and 75-inches, with 4K Quantum Dot Technology (QLED) displays and full-array local dimming for up to 96 zones. Dolby Vision IQ […]
Gary Ng
21 mins ago