A report from CNet UK points to Apple increasing iPhone retail staff from August to October 2011.

The post, which was sent to us by a tipster, asks for “full-time iPhone Sales Staff for an exciting project to work 5 days a week (Tuesday-Saturday) for the period 16th August – 29th October within key retail stores”.

The additional iPhone staff could point to Apple launching the next-generation iPhone sometime between August and October 2011.

This timeframe coincides well with the recent iPhone 5 release rumors, so we could be onto something here! 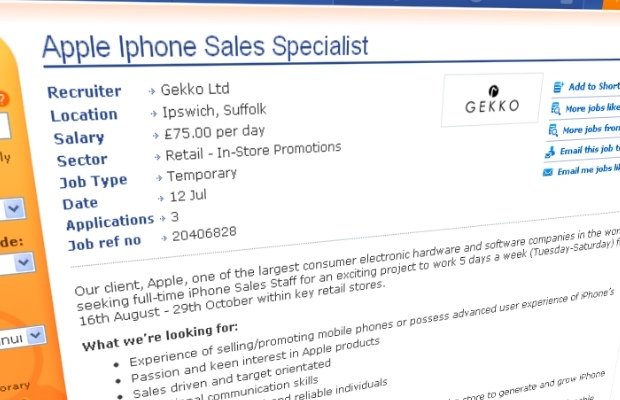 Google today officially announced its wired, second-generation Nest Doorbell. The company was originally expected to unveil a slew of new Nest devices at its Pixel launch event on Thursday, October 6. However, the wired Nest Doorbell leaked on Monday and reports indicated it would go on sale before Thursday's event. https://youtu.be/N_xfwAm79iY Google's new Nest Doorbell...
Nehal Malik
5 mins ago