Apple HomeKit Devices Seen as Lacking vs Alexa at CES 2017 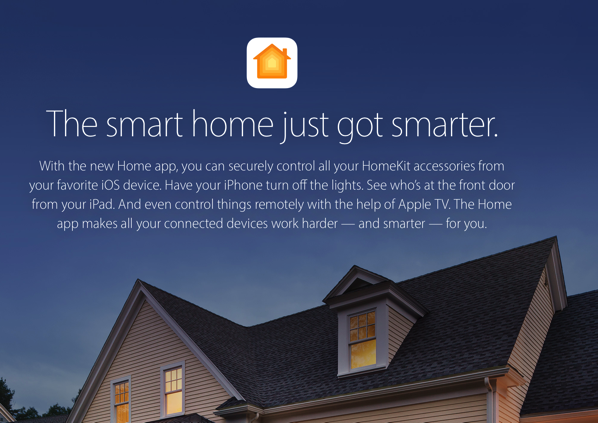 Those attending CES are used to the idea that Apple is not physically present at the consumer electronics show that kicks off the new year. Apple, however, is present in various other ways, and this year’s spotlight was HomeKit. But somehow, Alexa (you know, Alexa from Amazon) has managed to grab more attention this year, so compared to that Apple’s presence at CES 2017 is really quiet, says The Verge.

This year manufacturers have presented various devices that are compatible with Apple’s HomeKit, but The Verge found all of them “boring”. HomeKit-compatible devices continue to be thermostats, lightning, smoke detectors and plenty of sensors: alongside Carrier’s thermostat, ConnectSense presented a water sensor and a temperature sensor, Fibaro a water and motion sensor, and you can find new power outlets, as well.

The biggest expansion HomeKit has seen this year has been in the cameras area; for example, D-Link’s or Withings‘ home security camera.

But these are just the basics, according to The Verge, which misses Apple’s involvement in areas where Amazon seems to be succeeding this year: the big appliances. And Apple is not talking about when or if it plans to enable HomeKit support for such devices.

Tesla and SpaceX CEO Elon Musk will purchase Twitter again with his original terms at $54.20 per share, as revealed yesterday in a surprise u-turn. The decision comes ahead of Musk’s scheduled deposition starting tomorrow and his October 17 Supreme Court case in Delaware with Twitter, as the Tesla leader originally wanted to renege on […]
Gary Ng
8 mins ago

Microsoft has revealed the first wave of Xbox Game Pass titles arriving on the service throughout October 2022. Kicking off the month, many of the games capture the spirit of the spooky season, leading into Halloween. This month, Xbox Game Pass subscribers can gain access to brand new titles available day and date such as...
Steve Vegvari
5 hours ago