Apple took The Loop’s Jim Dalrymple on an exclusive tour of its HomePod audio lab in Cupertino, California last week, just to show the kind of engineering involved in making an audio product that has been designed and built from scratch at Apple. As prototypes are made and tested, they get sent to the audio lab several times to be tested, tuned, and retested. 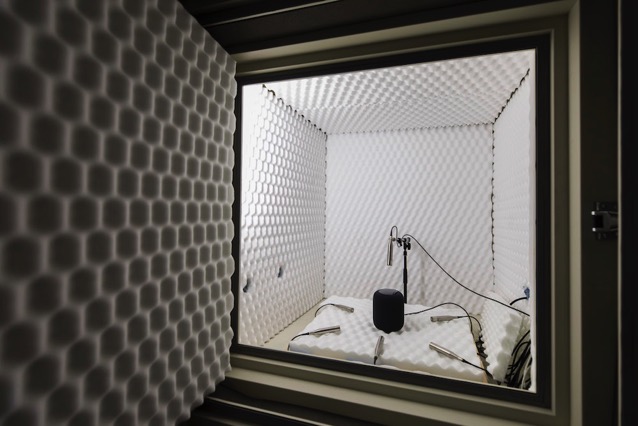 Apple’s Vice President of Hardware Engineering Kate Bergeron told Dalrymple the HomePod project started six years ago, which gives an idea of how long the company has been testing and working on the product. “HomePod started by us asking a question: What would it mean if we decided to design a loud speaker where we could put it in any room, and that room wouldn’t affect the sound quality,” said Bergeron. 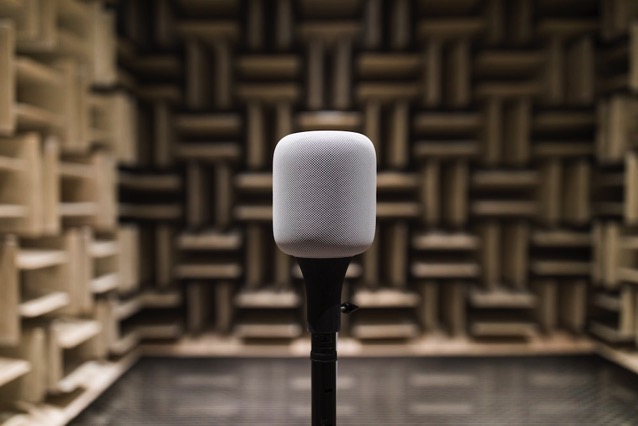 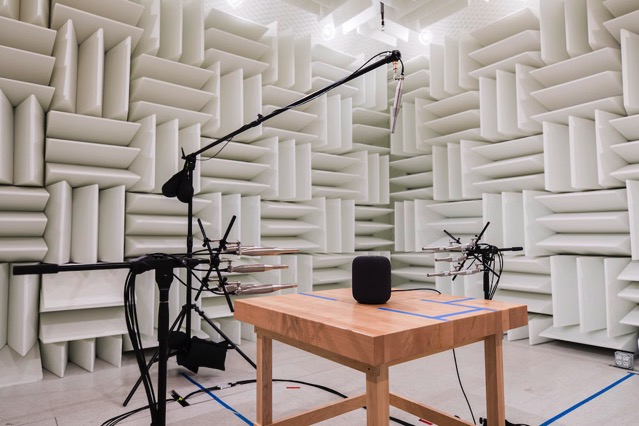 Dalrymple was shown different sections of the lab, including Apple’s anechoic chamber, which is a room built within another room and set on isolating springs so vibrations from the outside are kept out of the testing environment.

“The audio team also has some of the best gear in the world to work with. Apple built an anechoic chamber specifically to build and test HomePod. The chamber is non-reflective and echo free, so it is a perfect environment for testing audio.

The last chamber I saw was designed to listen specifically for electronic noise. The chamber itself sits on 28 tons of concrete. The panels are one foot thick which is another 27 tons of material, and there are 80 isolating mounts between the actual chamber and the concrete slab it sits on. The chamber is designed to be -2 dBA, which is lower than the threshold of human hearing. This basically provides complete silence.”

We suggest you read the entire article at the source page, it’s quite interesting.