Apple’s iAd Producer, a platform that allows developers to create high-impact, motion-rich ads for iOS devices, has just received a mega update introducing tons of new templates, new workflows, improved application UI and lots more. iAd Producer 3.0, which is available to iOS developers as a free download, will allow iAd developers to integrate more aspects of iOS such as allowing a user to send a phone call, email, take a photo, add a calendar event etc. A recent promotional video from Apple touting the success of Land Rover with iAds is a pretty good example of what can be achieved with iAds. 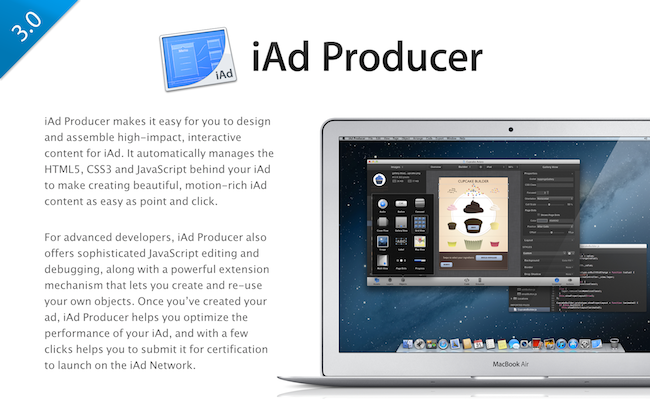 Here are the release notes of iAd Producer 3.0:

This major release contains a number of new features and improvements, including:

• New layer list with search, re-ordering, and the ability to hide layers

– Save to photo library

iAd Producer 3.0 is available to members of the iOS Developer Program.