Apple iCloud Mail Issue: Email Slow and Not Working for Some Users 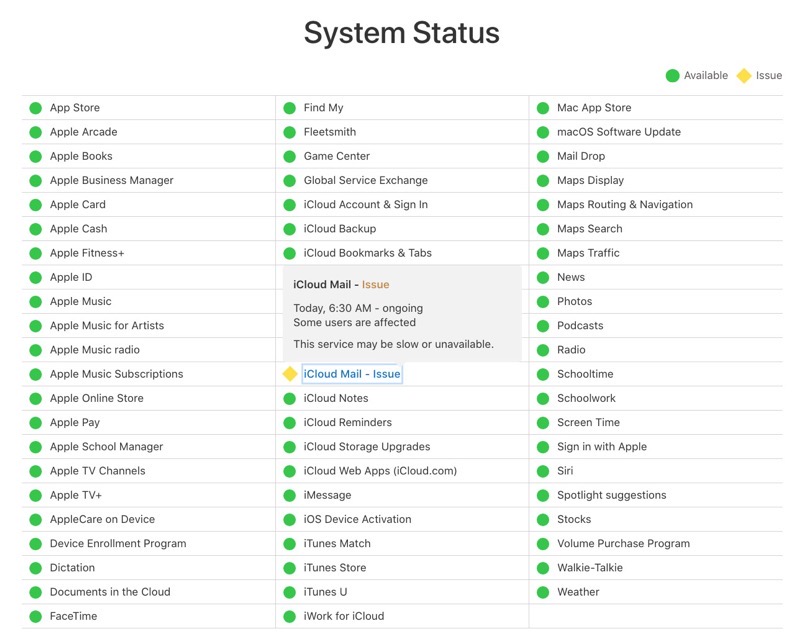 According to the company’s System Status page, iCloud Mail has been dealing with an issue since 6:30am PDT/9:30am EDT, with the service being “slow or unavailable” for some users.

As of writing, the issue is still ongoing and should hopefully be fixed shortly by Apple. If your iCloud email isn’t working at the moment, stay tuned as this should be fixed soon. If you don’t want email downtime, Google’s Gmail usually is the best bet.