Apple iCloud Services are Suffering an Outage, Including Find my Friends and More 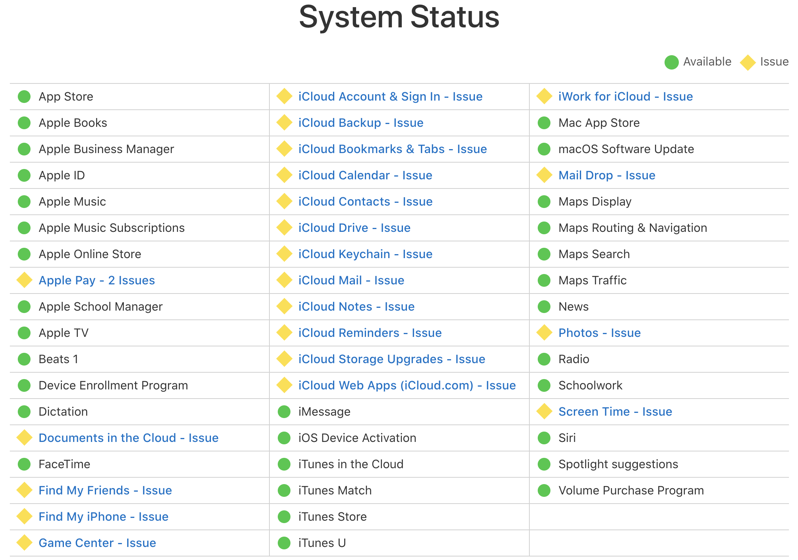 If you’re having trouble signing into Apple’s iCloud services, you’re not alone, as numerous services are down for the count.

According to Apple’s System Status page, services listed as dealing with “Issues” include:

Issues have been “ongoing” since 8:51AM PDT/11:51AM EDT, according to Apple, which says “Users may be experiencing a problem with this service.”

Back in March, various Apple’s iCloud services suffered a similar outage. Stay tuned as these issues should be resolved shortly.