According to Canalys PC Market Pulse 2021, India’s PC market grew an impressive 45% in 2021, with Apple moving up the ranks to take fifth place in overall PC shipments, including both Macs and iPads, highlights Philip Elmer-DeWitt. 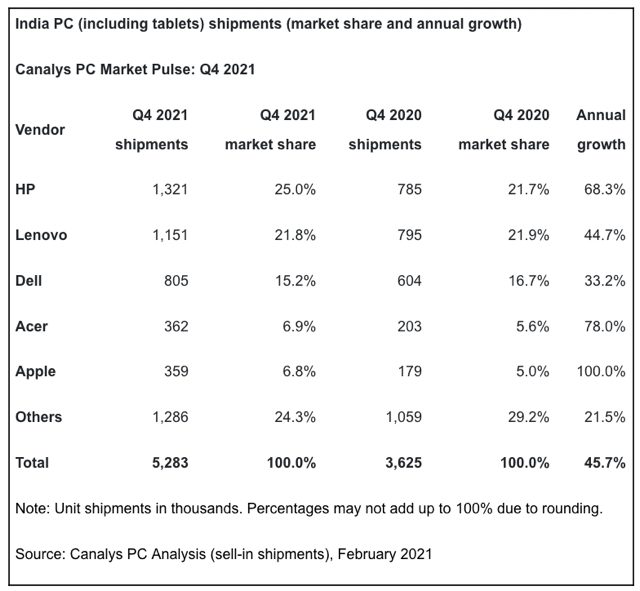 Similarly, MacBook shipments in India surged by 85% year on year to 187,000 units, strongly bolstered by the costing strategy of the M1-powered notebooks.

Most of India’s PC market growth is due to companies such as Lenovo and Samsung, which have increased their ability to fulfill orders by manufacturing locally.