While Apple did repeatedly attempt to save its faltering sales in China, the company hasn’t been able to turn things around in the country. According to data from a latest IDC report, Apple was pipped by local phone manufacturers Oppo, Huawei and Vivo, thus, causing its shipments to decline by 23.2 percent the past year. 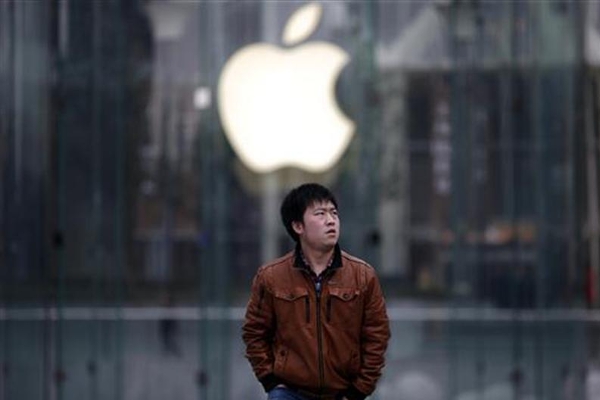 Oppo has remained under the shadows of big smartphone manufacturers, such as Apple or Xiaomi, for quite some time but not anymore. As per the recent report published by the market research firm, International Data Corporation (IDC), Oppo finally managed to position itself as a market leader in the China’s smartphone market and beat Apple.

Apple has always had a strong presence in its home market, but the IDC’s statistics for Q4 2016 show that it claimed 18.1 percent of the market. This translates to 24.5 million devices shipped. In fact, the IDC claims that this represents year-on-year growth of 109.2 percent for Oppo. 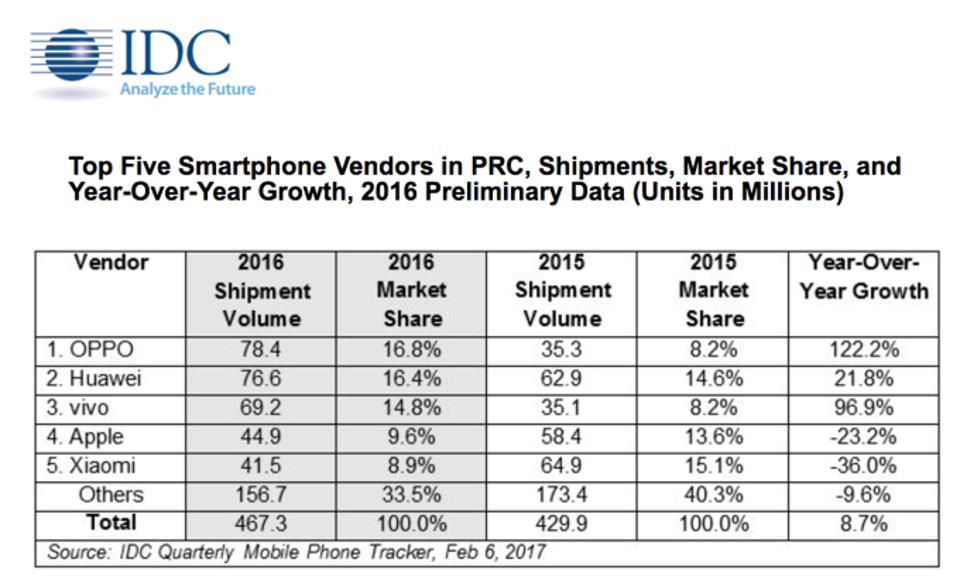 The smartphone market in the mainland grew by 8.7 percent year-on-year in 2016. The three top Chinese vendors shipped more than 224 million smartphones, taking more than 48 percent of the domestic market share between them.

“Even though the new black colored iPhones caught the attention of consumers, overall, the new launches did not create as much of a frenzy compared to the past,” IDC said in its report, a regular and closely watched release.

As far as Apple is concerned, according to the company’s latest earning report, the iPhone maker is struggling in China. The company experienced a decline in the sales of its iPhone by 12 percent YoY. However, the company broke sales record everywhere else in the world. In any case, many analysts believe that Apple should focus more towards the Chinese smartphone market as it currently is the biggest market in the world.

Taiwan Semiconductor Manufacturing Co. (TSMC), Apple’s primary chip supplier, will also produce advanced 4-nanometer chips at its $12 billion USD under-construction manufacturing facility in the U.S. state of Arizona — reports Bloomberg. The information comes from people with knowledge of the matter, who said TSMC will announce the new plan next week during a ceremony at...
Nehal Malik
49 mins ago