The Wall Street Journal is reporting we could soon see Foursquare local data displayed within Apple Maps, as both companies are in discussions:

Apple Inc. is in early discussions to integrate local data from Foursquare Labs Inc. into its mapping application, according to people familiar with the talks, as the company continues to build an arsenal of local data to try to take on Google Inc.

Sources note talks have taken place in recent weeks involving Apple SVP Eddy Cue. Apple has apparently been in talk with numerous companies that collect local data, to improve its map data, which has come under scrutiny for being lacklustre compared to Google Maps, which has topped 10 million downloads.

Apple Maps currently pulls local results from Yelp, but it does not come close to what Google’s local search is able to provide. The WSJ notes a possible deal between Apple and Foursquare are heating up as recent checks in by Cue posted to Twitter last week have amped up speculation of something happening. 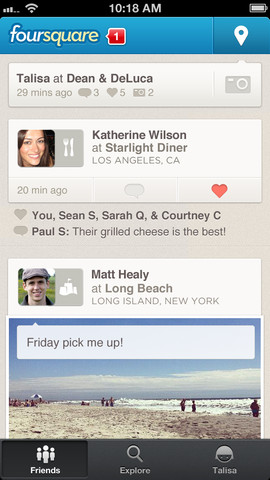