The video–which showcases a portrait of the company–provides a glimpse of “68 employees revealing who we are” and “what we believe”, in the two-minute clip.

According to Denise Young Smith, Vice President of Worldwide Human Resources, “Diversity is more than any one gender, race, or ethnicity. It’s richly representative of all people, all backgrounds, and all perspectives. It is the entire human experience.”

Update: Apple also released its latest Diversity report, which you can read about here. The company is quick to highlight their “female representation is steadily increasing”: 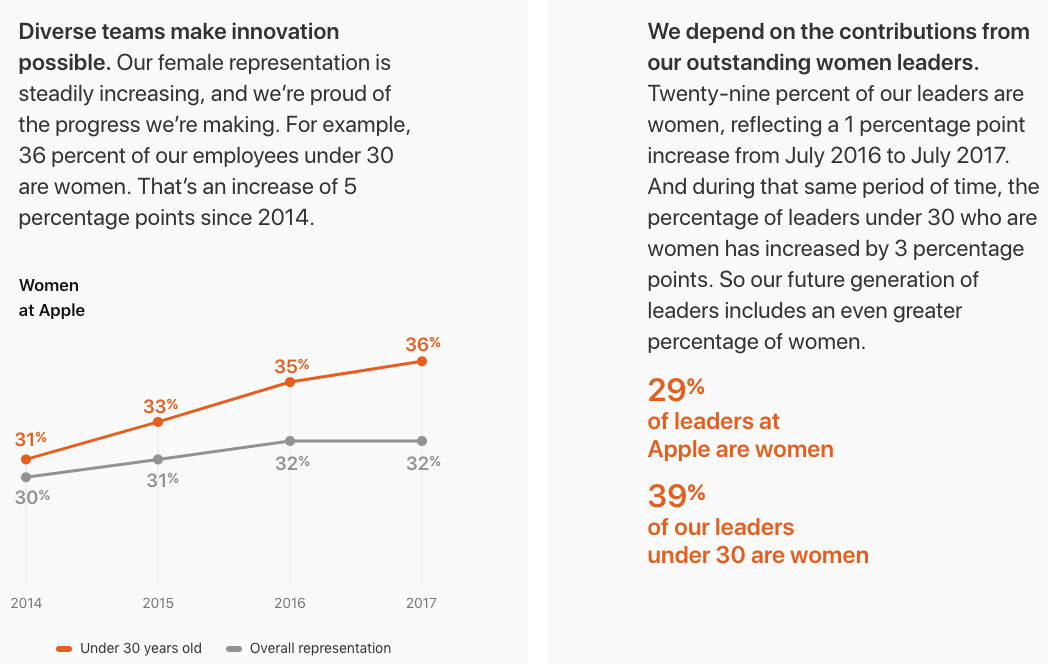