According to a new report from The Information (paywall), Apple has lost a member of its small and elite industrial design team to GoPro, as Danny Coster is set to start a new position at the end of April as vice president of design. The designer reportedly was attracted to GoPro due to the latter’s quick ability to build new consumer product categories. 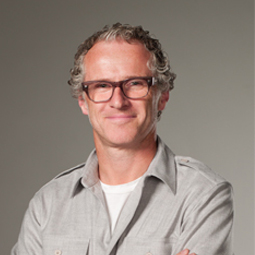 Originally from New Zealand, Coster, according to Bloomberg, helped design the original all-in-one iMac with Jony Ive, and has also helped work on Apple’s iPhone and iPad.

Coster, along with Ive and the entire Apple design team (only 16 people at the time), flew over to London in 2012 to collect a prestigious D&AD design award, in a rare group appearance for the first time.

The designer is listed in the Massey University College of Creative Arts as part of their hall of fame. Coster is a graduate from the Wellington Polytechnic School of Design (Massey’s old name) with a degree in industrial design.

It was during a trip to the U.S. in 1993 did he start showing his work to companies and started working at Apple. His profile notes he holds over 500 design patents and numerous utility patents, while his work has “created an enormous impact on the world we all live in.”

Update: Coster first revealed his new job at GoPro back in March, in this interview over at Stuff Nation (via Neil Cybart), with 14-year old Scott Duncan, as part of his school assignment:

What are your future goals in life?

“I want more time with my family and friends. And to explore this new opportunity at Go-Pro.”