Apple sent out an email this morning to its old MobileMe customers iCloud emails are now reserved for them:

All new iCloud Mail accounts now come with an @icloud.com email address. As an existing user, we’d like to offer you this new address as well. We have reserved _____@icloud.com for you, and you can now use this address with your iOS devices and computers by following these simple instructions.

If you prefer, you can continue to use your current email address just as you always have.

No matter which address you use, you’ll continue to receive all your mail, whether it’s sent to your @me.com, @mac.com, or @icloud.com address. 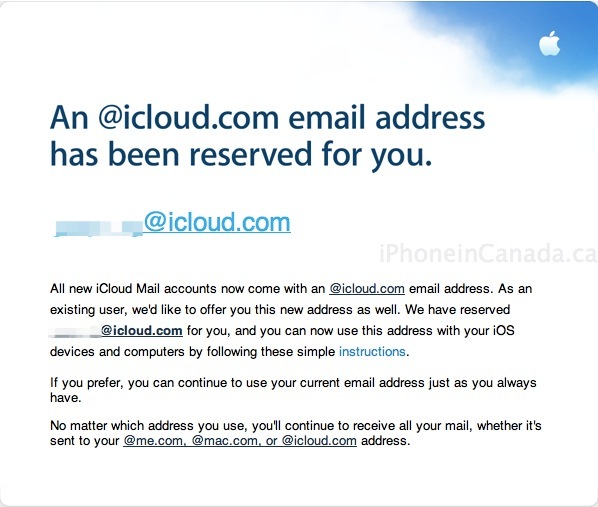