According to Patently Apple, a patent application from Apple published today by the US Patent & Trademark Office reveals their latest innovation, an intelligent multi-output adapter which can intelligently control power to supply differing voltages to multiple devices simultaneously. Current power adapters typically receive AC voltage from sockets, then convert it into DC voltage specifically for the connected electronic device. But Apple seems to have figured out a way to supply power to multiple electronic devices with a single adapter which can intelligently adjust DC output eliminating the need to carry separate power adapters for multiple electronic portables while traveling. 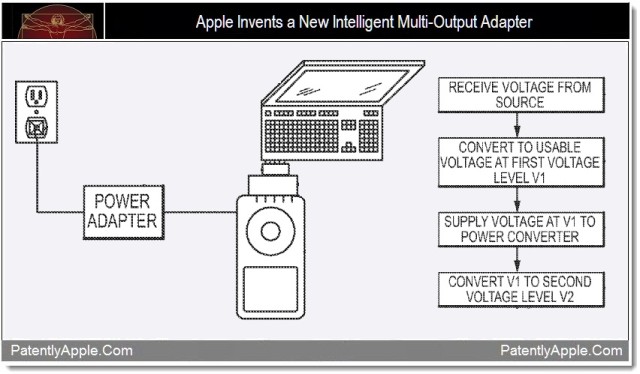 The source says that this patent application was originally filed by Apple in Q2 of 2010 by inventors Aleksandar Pance, Nicholas Rundle and John Field.