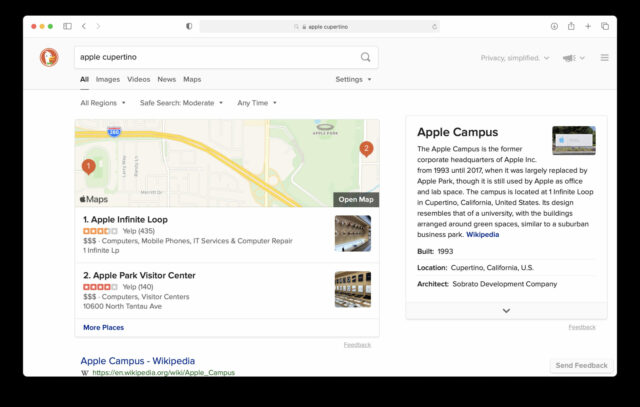 Apple on Tuesday announced Maps Web Snapshots for everything from websites and online content to email, for developers to implement into their applications.

Apple Maps is the iPhone maker’s competitor to Google Maps. Apple Maps gained the ability to be embedded in websites around 2018, and embeddable snippets or snapshots of specific locations on Apple Maps are the platform’s next step forward.

According to the tech giant, Maps Snapshots can replace a static image on any website (or even in an email) with a dynamic, fully interactive map without the need for JavaScript.

“To function, a Snapshot URL requires basic account information — including your Team ID and a Key ID you’ll create specifically for accessing Apple Maps — along with a physical location to center the map. You’ll also append a signature to ensure that the map request isn’t altered anywhere between your server and Apple Maps,” explained Apple.