Today, Apple has introduced a new “Browse by Category” section in both the iOS and Mac App Store. Users can now browse all the categories in the store in a more elegant way.

The categories are displayed in a grid pattern with a more visually appealing design. Previously, users were able to choose different categories from a standard drop-down list. 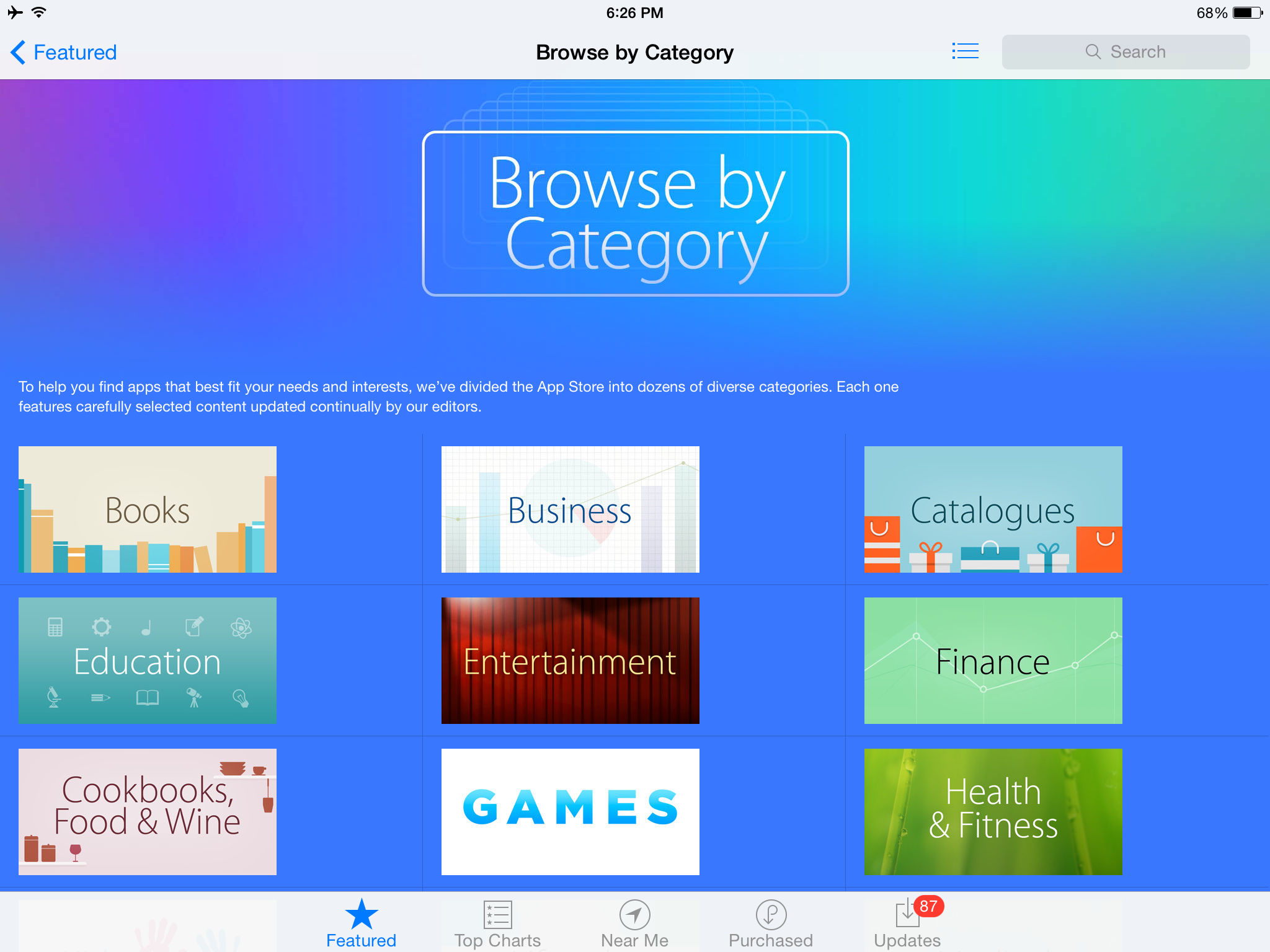 The new categories view by Apple is another way the company is trying to make apps on the App Store more discoverable. At WWDC, the company also announced that the App Store in iOS 8 will be getting a new “Explore” tab as well as The ability to view trending and related searches.

The App Store is receiving a major update alongside iOS 8. Family Sharing will allow up to 6 family members to share one credit card. When one family member purchases an app, that app will be available to all of the other family members for free.

Along with the release of iOS 8, developers will now be able to beta test their apps with up to 1,000 people using a service called TestFlight. In addition, developers can now choose to bundle multiple apps together for one price.

Google announced on Thursday it will be shutting down Stadia, its cloud gaming service, in January 2023. The announcement took many in the gaming community by surprise, but it wasn’t an unexpected one. “While Stadia’s approach to streaming games for consumers was built on a strong technology foundation, it hasn’t gained the traction with users that […]
Gary Ng
16 mins ago