Apple’s highly anticipated ‘iPhone 8’ reveal is set to take place in six days at the Steve Jobs Theater at Apple Park, and ahead of the reveal, the company has started promoting iOS 11 features to iOS 10 users via the Tips iOS app (via 9to5Mac). 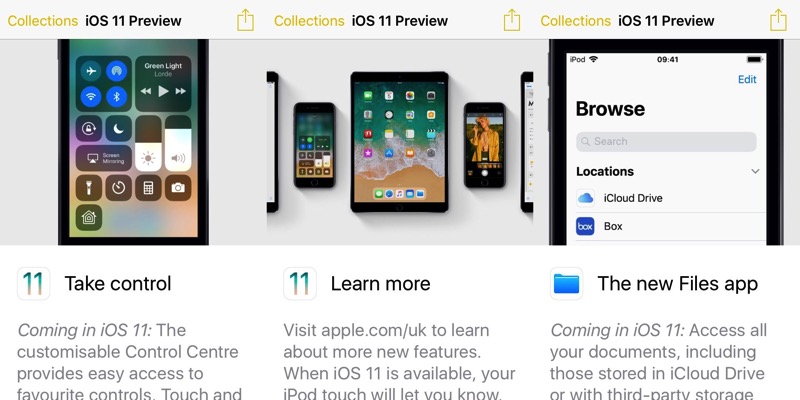 As seen in the image above, Apple is showcasing the revamped Control Center, Do Not Disturb While Driving, plus the new and more powerful Files app, as seen by push notifications sent to users in the UK. Each tip also includes a short video demonstrating new features.

iOS 11 is set to drop publicly after Apple’s special event next week, most likely one or two weeks after, with developers expected to get their hands on the golden master first, as usual.