The teardown of the iPhone 6 and 6 Plus by the folks at Chipworks revealed that Apple has decided to equip both models of the iPhone with two independent accelerometers.

The latest generation iPhone from Apple contains the six-axis InvenSense MPU-6700 combination gyroscope-accelerometer and the three-axis BMA280 accelerometer from Bosch. The company has included two accelerometers in their iPhone 6 to improve the user’s overall experience and help minimize power consumption, reports Chipworks.

The MPU-6700 by InvenSense allows Apple to measure motion at a high sensitivity, providing a direct benefit for gaming and other applications. However, high sensitivity comes at a cost of higher power consumption which is why Apple added the second accelerometer from Bosch. 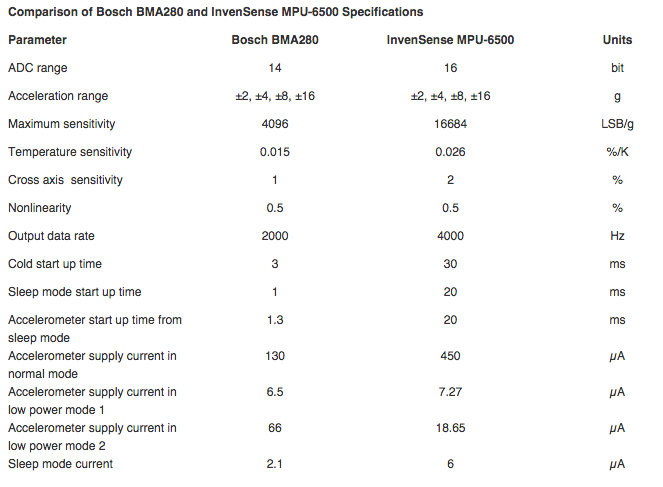 The BMA280 by Bosch is able to operate using significantly less power than the accelerometer from InvenSense. The iPhone 6 may choose to switch to this chip for applications that do not require a high level of sensitivity. For example, the chip by Bosch could be used when performing simple tasks like changing the orientation of the screen.

“The integration of two accelerometers into the iPhone 6 is another example of Apple’s elegant engineering. The phone would have worked with just the InvenSense device, but since not all applications require the higher sensitivity and full six-axis integration, Apple added the Bosch device, which allows them to lower the power consumption while still providing a good user experience.”

Combining both accelerometers allows Apple to conserve power on its new iPhones, which is especially useful in the 4.7-inch iPhone 6 which has a lower battery capacity. It also allows the company to claim higher battery usage times.