Last month, Samsung announced their new Galaxy S8 and S8+  smartphones. These two devices represent the company’s flagship line of devices, which showcases the best in both hardware and software that the company has to offer.

So, you may have been asking yourself, how does Samsungs larger Galaxy S8+ fare in a speed test against Apple’s iPhone 7 Plus? YouTube channel PhoneBuff has released yet another video of his “real-life” speed tests, which puts the launch speed and multitasking of each device to the test.

If you haven’t guessed it already, the iPhone 7 Plus knocks the Galaxy S8+ out of the park. Apple’s ability to optimize its hardware and software together, combined with iOS’ memory management and multitasking is far superior to that of Android. This is simply because Apple owns the ecosystem from start to finish. 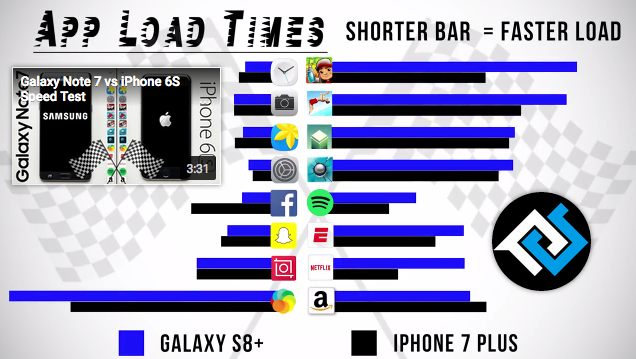