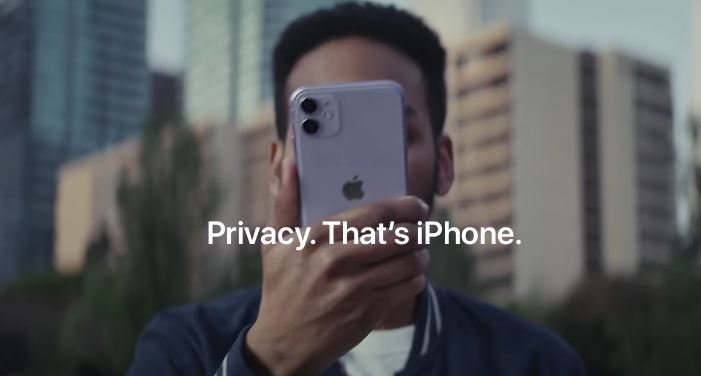 Apple has shared a new ad today, touting the privacy features of the iPhone. The humorous 1-minute ad details people sharing interesting private things out loud that they shouldn’t be.

“Some things shouldn’t be shared. That’s why iPhone is designed to help give you control over your information and protect your privacy,” explains the ad’s video description.

Despite the release of this ad, earlier today, Apple announced to developers it would delay blocking ad trackers until early 2021, a feature that riled the ad industry, especially Facebook.

“In addition, on iOS 14, iPadOS 14, and tvOS 14, apps will be required to receive user permission to track users across apps or websites owned by other companies, or to access the device’s advertising identifier. We are committed to ensuring users can choose whether or not they allow an app to track them. To give developers time to make necessary changes, apps will be required to obtain permission to track users starting early next year,” explained Apple.