Apple first introduced its in-store iPhone trade-in program in the U.S in late August 2013, expanding it to the UK a couple of months later. The program made its way into Canada last month and today, the program has been launched in Germany, offering customers an affordable way of upgrading to a newer iPhone (via iFun). 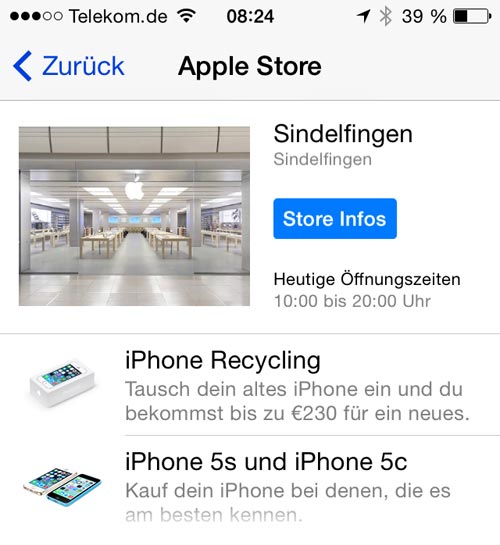 The iPhone trade-in offer, which can only be redeemed at an Apple store, allows any customer to trade in their iPhone (3G or later) for a store credit which they can use to purchase a newer iPhone. In Germany, the maximum amount Apple is offering for an old iPhone is €230. Detailed information on the accepted iPhone models as well as their trade-in values with respect to the offered credits will be made public in the next few days.

Those planning to avail the offer in the coming days must know that the iPhone needs to be in working condition, and the value will be a factor of the traded iPhone’s display quality, button quality, hardware damage, engraving and liquid damage.