According to a report by The Information (via Engadget),  Apple’s planned ‘walkie talkie’ iPhone feature has been put on hold as it was designed to use Intel cellular modems. The feature reportedly used the 900 megahertz radio spectrum and allowed iPhones users to send messages over radio waves in areas without cellular coverage. 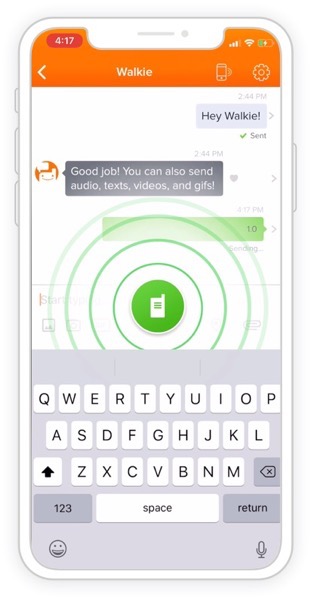 Citing people familiar with the matter, the source notes that the feature would have functioned a bit like a walkie talkie for text messages in areas such as son ski slopes or on hikes in remote areas.

While it remains unknown why Apple decided to shelve the project, it is being speculated that it may have been related to Apple exec Rubén Caballero leaving the company earlier this year:

Apple was working with Intel on the technology that would have let people send messages from their iPhones directly to other iPhones over long-distance radio waves that bypass cellular networks, said two people familiar with the project.

Caballero was in charge of the project and considered it “his baby.” It could also have something to do with Apple’s plans to switch to Qualcomm modems.

Would you like to see the walkie talkie feature make its way to the iPhones in near future?