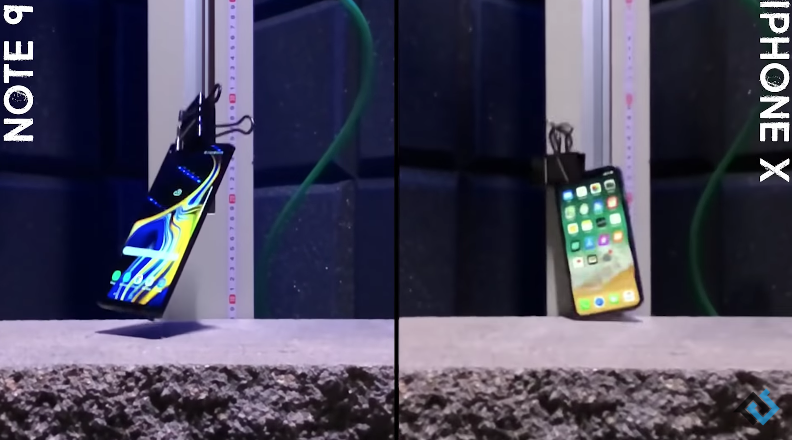 According to PhoneBuff in an email to iPhone in Canada, a professional drop test machine was used “to help achieve more accurate and consistent drops,” compared to his previous tests where phones were dropped by hand.

The phones faced four tests and in the end, the iPhone X scored and fared better than the Galaxy Note 9, although the latter survived 10 drops from five feet and still functioned, compared to five drops for Apple’s smartphone.

During the first test, which was a drop onto each device’s back, the Galaxy Note 9 shattered its glass back on the first drop, whereas the iPhone X was fine.

The second test, a corner drop, saw the Galaxy Note 9 also fare worse than the iPhone X and its stainless steel bezel.

When it came down to the third test, a face drop test, the Galaxy Note 9 saw a cracked display on its side and bottom, whereas the iPhone X only saw damage in its top left corner.