Apple is Investigating a Solution to Stop iCloud Calendar Spam

On Wednesday, Apple released a brief statement to iMore’s Rene Ritchie saying that they are working to address the issue by identifying and blocking suspicious invite senders. In the statement, which was shared by Ritchie via Twitter, Apple said:

“We are sorry that some of our users are receiving spam calendar invitations. We are actively working to address this issue by identifying and blocking suspicious senders and spam in the invites being sent.”

The company failed to detail exactly how they plan to solve the problem for affected users. 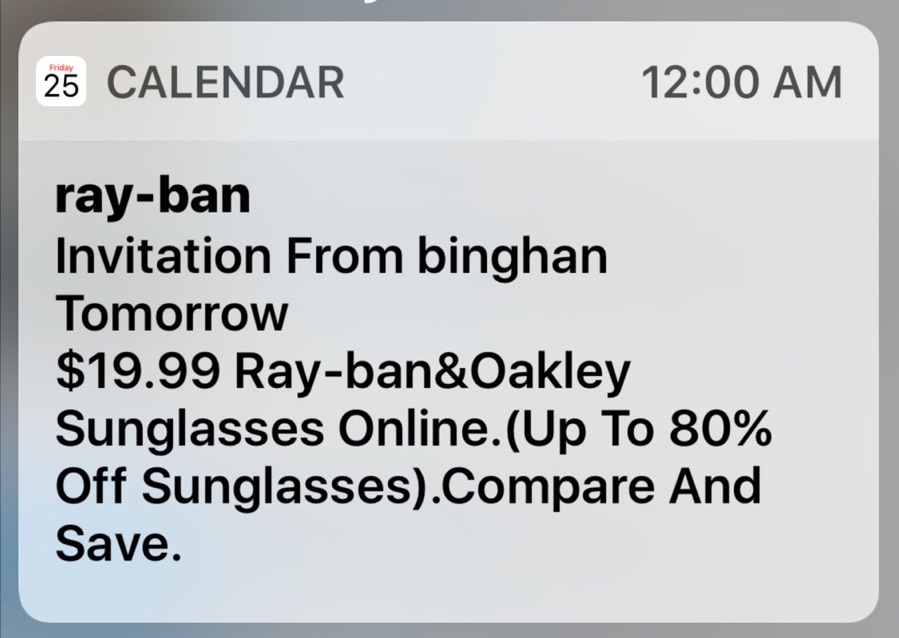 Over the past week, spammers have increasingly turned to Apple’s Calendar service instead of sending advertisements and other promotional content through email. Depending on system settings, iCloud Calendar invites are pushed out directly to connected iOS and Mac devices, which triggers an on-screen notification that must be accepted or denied.

We have posted a guide that details temporary workaround which will let you block these spam calendar invites until Apple issues a fix.

With a $4.28 billion operating loss in Q4, Meta's Reality Labs division recorded a total loss of $13.7 billion in 2022, the company said in its earnings report (via CNBC). Back in 2021, CEO Mark Zuckerberg said Meta's future would be in the metaverse, a digital universe where people will work, shop, play, and learn....
Usman Qureshi
4 mins ago

Apple’s all-new HomePod 2 is launching tomorrow, February 3, 2023, with some early hands-on reviews and unboxing videos already hitting the web. Just ahead of the official release, Matthew Costello, Apple’s hardware vice president, has shared how Apple decided to resurrect a product it had discontinued in 2021. We deeply studied the learnings from the first HomePod...
Usman Qureshi
20 mins ago

Sony has today announced the release of its next PS5 system software beta, which introduces a handful of new features, including the highly requested Discord voice chat. The release introduces a variety of UX, accessibility, and social feature enhancements, as well as Variable Refresh Rate (VRR) support for 1440p resolution. Invited beta participants from the...
Usman Qureshi
46 mins ago