Apple Is Now World No.1 In Mobile Phone Profitability & Revenue

The massive Q4 2011 sales of iPhone 4S have already taken Apple to the 3rd spot in global rankings of largest smartphone manufacturers and now, another statistical analysis by Asymco crowns Apple as the highest earning mobile phone manufacturer in the world. Asymco has calculated the profit and revenue share of top 8 mobile makers and also counted its total shipments in Q4 last year. Turns out that Apple was the biggest gainer in the smartphone battle in Q4 last year. 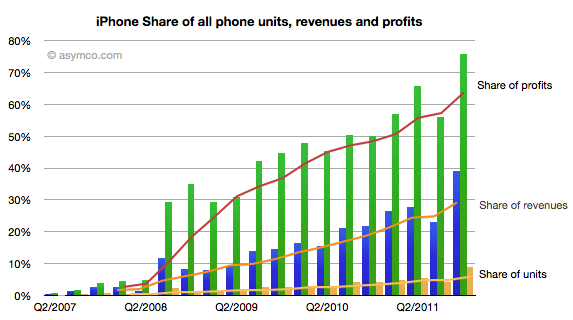 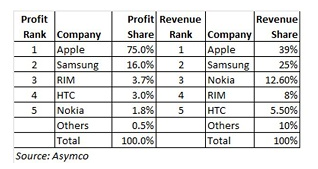