A new patent application (via Patently Apple) published today reveals that Apple is testing a new 3D UI for iOS devices with touch-free, motion sensing capabilities that would allow users to simply wave their hand over an iOS device equipped with motion sensors. The patent suggests that the GUI could appear as a virtual room that could be navigated by changing the orientation of the device. Apple’s patent application also points at a “snap to” feature that would allow users to easily transition between various walls within the virtual room. 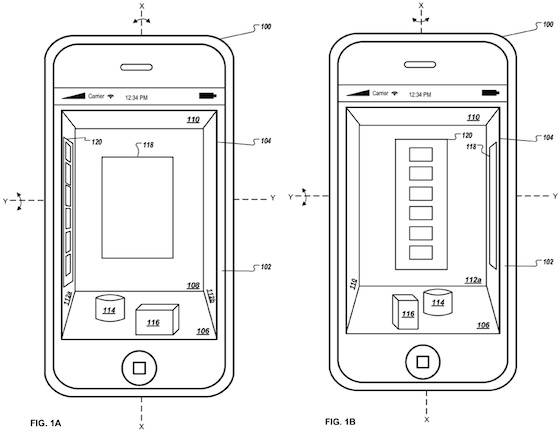 It is worth noting that according to this patent, Apple’s approach to providing a 3D-user experience differs from the glasses-free 3D displays currently shipping in many consumer electronics including handhelds like the Nintendo 3DS.

Christmas is just around the corner, and with all the sweet Black Friday deals out there at the moment, there's no better time to get your holiday shopping done. Here are our top picks for tech gifts this holiday season: Apple Gift Ideas Apple's latest flagship smartphone series, the iPhone 14 Pro, absolutely has to...
iPhoneinCanada.ca
56 mins ago

Here are the latest Canadian cellphone plan and device deals, plus other promos from wireless carriers such as Rogers, Telus and Bell, from our partner PlanHub. As always, the promos may change at the last minute, but here they are as of Wednesday, November 23, 2022, which include numerous Black Friday and Cyber Monday deals. Check them […]
IIC Deals
2 hours ago

Cirrus Logic, one of Apple's suppliers, may have just confirmed solid-state Power and Volume buttons with haptic feedback for next-year iPhone 15 Pro models — reports MacRumors. The Texas-based semiconductor manufacturer told shareholders earlier this month that it continues to "engage with a strategic customer" and hopes to bring "a new HPMS component to market...
Nehal Malik
2 hours ago