The U.S. Patent and Trademark Office has today granted Apple a new patent titled “Shoe wear-out sensor, body-bar sensing system, unitless activity assessment and associated methods”, that details a weightlifting tracking system which uses a standalone sensor to transmit metrics to a remote display, such as an ‘iWatch’, AppleInsider is reporting. 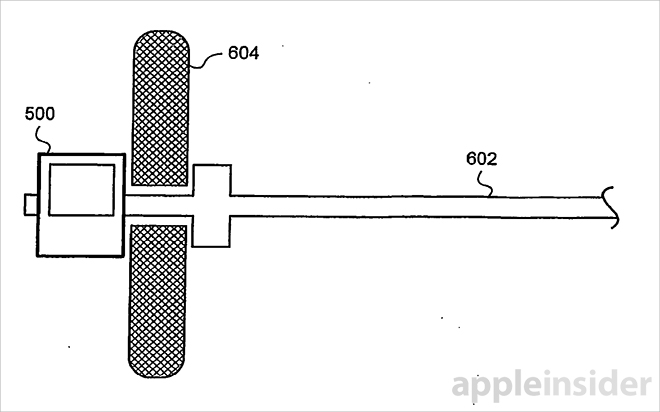 Apple’s invention includes a wrist watch for remote readings, possibly hinting at an intended use of the much-rumored ‘iWatch’. The document describes a sensor-laden device that attaches itself to a weightlifting bar and counts and displays repetitions. The device can incorporate sensors, accelerometers, processors and its own onboard display. The same readings can also be uploaded wirelessly to a user’s watch.

“Sensor hardware clips on to the appropriate fitness equipment, whether it be a bar, dumbbell or machine apparatus, and takes movement readings to count proper repetitions. In some instances, the sensor package is a standalone unit that can be transported from one piece of equipment to the next, while other embodiments provide for a semi-permanent solution like a bar clamp. Most gyms provide spring-loaded or standard clamps to keep weights from sliding off the bar during rigorous exercise.”

While Apple has not yet made any official announcement related to ‘iWatch’, it is widely believed the tech giant will introduce a wearable device of some kind later this year.

[caption id="attachment_382288" align="aligncenter" width="1920"] Image: @OnLeaks and @Smartprix[/caption] Samsung's upcoming flagship smartphone, the Galaxy S23 Ultra, has just leaked in high-resolution renders that reveal its design and more. The leaked renders come from Smartprix and known tipster @OnLeaks. Samsung is months away from actually unveiling the Galaxy S23 series, which is being developed under the...
Nehal Malik
9 mins ago