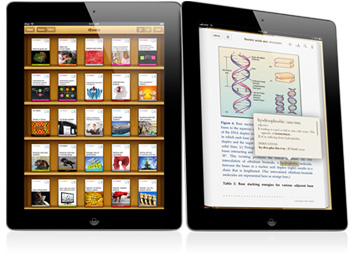 With rumours swirling regarding Apple’s upcoming media event this month in New York City, further information has surfaced about what could be detailed at this event by Clayton Morris from Fox News:

Walter Isaacson writes in the Steve Jobs biography that Jobs felt the $8 billion annual text book industry was ‘ripe for digital destruction’, and that heavy textbooks could be solved by the iPad. Digital version of textbooks would be a ‘feature of the iPad’ and Jobs even met with major publishers such as Pearson Education about a partnership. Here’s what Jobs said to Isaacson about his vision of the textbook industry:

“The process by which states certify textbooks is corrupt,” he said. “But if we can make the textbooks free, and them come with the iPad, then they don’t have to be certified. The crappy economy at the state level will last for a decade, and we can give them an opportunity to circumvent that whole process and save money.”

Text books definitely have remained untouched by the digital wave–could Apple and the iPad change that?