The change will take place after trading closes on Wednesday, March 18. This index change was prompted by Visa 4-for-1 stock split scheduled for the same day.

You may recollect that Apple announced its stock split last June. The Visa split will reduce the technology weight in the Dow Jones Industrial Average, allowing Apple to enter, the press release states.

“As the largest corporation in the world and a leader in technology, Apple is the clear choice for the Dow Jones Industrial Average, the most recognized stock market measure,” says David M. Blitzer, Managing Director and Chairman of the Index Committee at S&P Dow Jones Indices. “The DJIA is price weighted so extremely high stock prices tend to distort the index while very low stock prices have little impact. The timing of Apple’s addition to the DJIA hinged on two stock splits: Apple’s 7:1 last June and Visa’s 4:1 on March 19th this year.

Interestingly, just three days ago Mike Corones published a blog post on Reuters, claiming that “If Apple had replaced their badly lagging stock such as IBM, which has dropped more than 13 percent since Apple’s split, the Dow would now be about 450 points higher than its Friday close at 18132.70 (and have gained 9.8 percent rather than the 7.1 percent increase it has recorded, without dividends).” 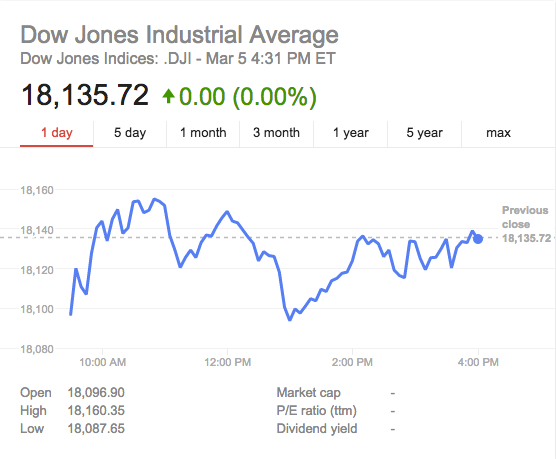 Uber is getting back into the robotaxi business. Not long after selling off its autonomous vehicle research division to a startup named Aurora, the transportation app is partnering with Motional. In a 10-year agreement, Uber will work with Motional to provide autonomous rides and deliveries. Based on the initial deal, Uber is utilizing Hyundai's autonomous...
Steve Vegvari
30 mins ago