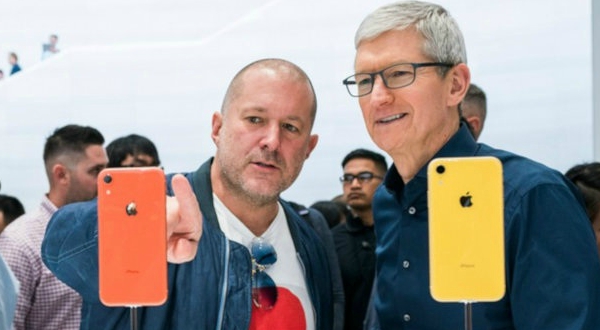 It appears as though Jony Ive, Apple’s chief design officer has officially left Apple today. This morning, French blog site, MacGeneration discovered that his photo and title has been removed from the Apple leadership page.

In June, Apple announced that after nearly thirty years of working for the company, Ive would be resigning to form his own design company, LoveFrom. Apple never disclosed Ive’s last day, though his disappearance from the site indicates today is the day.

Jony Ive began working for Apple’s design team in 1996. Throughout his tenure with Apple, Ive was an integral part of the design of the iMac, iPod, iPhone, iPad, and Apple Watch. Ive also played a fairly significant part in the design of the company’s Apple Park and retail locations.

In the wake of Ive’s departure, Jeff Williams has transitioned into the role of overseeing designs. Williams is Apple’s acting Chief Operating Officer, but will now “spend more of his time working with the design team in their studio.” according to the Apple press release back in June. Williams will also be supported by Evan Hankey, VP of Industrial Design, and Alan Dye, VP of Human Interface Design.

Jony Ive’s departure from the company was amicable. During the initial announcement, it was revealed that LoveFrom’s primary client would be none other than Apple themselves. Tim Cook talked about this relationship stating: “Apple will continue to benefit from Jony’s talents by working directly with him on exclusive projects, and through the ongoing work of the brilliant and passionate design team he has built,”

Ive has formed LoveForm with fellow designer Marc Newson, who joined Apple in 2014 and had a role in the design of the Apple Watch.