Apple Highlights 2014 JUNO Nominees in iTunes Ahead of Awards Show

Ahead of the 2014 JUNO Awards, set to take place this Sunday, March 30, Apple has highlighted nominees in a page within iTunes. The annual awards show highlights the best in the music industry as determined by the Canadian Academy of Recording Arts and Sciences.

The iTunes page lists artists nominated in each category including Album of the Year, which has the likes of Arcade Fire, Celine Dion (boom!), Drake, Michael Buble and Serena Ryder. 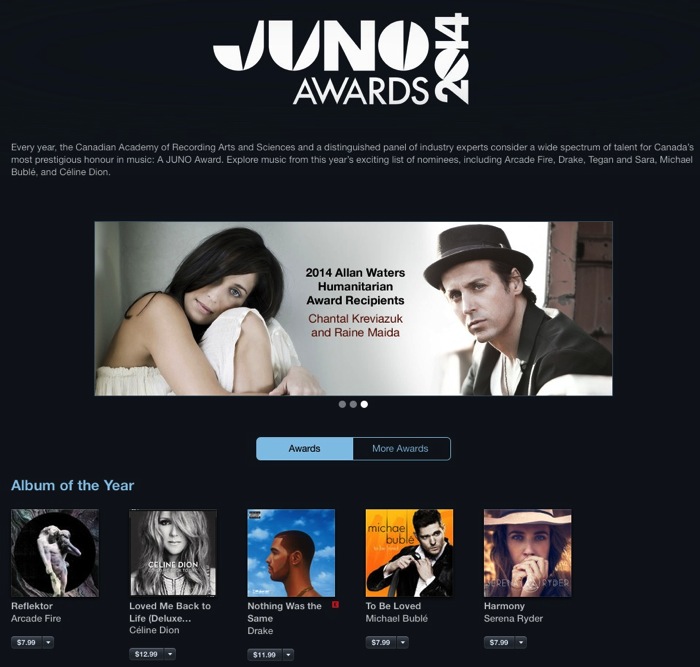 There are links to purchase albums and singles for nominated artists and there’s even a section for the JUNO Fan Choice Award.

During the 'Made by Google' launch event earlier today, Google unveiled an entirely new addition to its Pixel portfolio — Pixel Watch — and teased yet another one by previewing its first Android tablet, the Pixel Tablet, on stage. Pixel Tablet brings Google's Pixel experience to a much larger screen (although Google didn't say exactly...
Nehal Malik
10 mins ago