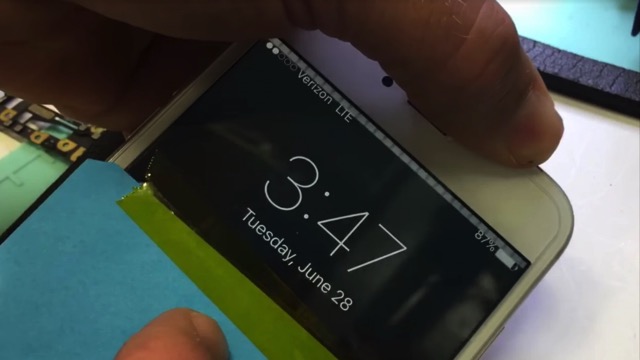 According to information made public in a recent court filing, it seems that Apple knew the iPhone 6 / iPhone 6 Plus were significantly more likely to bend than the iPhone 5S, and that engineering changes were necessary to prevent the “touch disease”, Motherboard is reporting.

The information is contained in internal Apple documents filed under seal in a class-action lawsuit that alleges Apple misled customers about touch disease. The documents remain under seal, but US District Court judge Lucy Koh made some of the information from them public in a recent opinion in the case.

Koh wrote that “one of the major concerns Apple identified prior to launching the iPhones was that they were ‘likely to bend more easily when compared to previous generations.’”

Apple has however continued to publicly maintain that there were no engineering issues with the iPhone 6 and iPhone 6 Plus, despite numerous reports of the touch disease flaw, that caused the touchscreen to work intermittently as a result of bending associated with normal use.

The problem became widespread in early 2016, and eventually a class action lawsuit was filed against Apple, which has been ongoing for more than a year.

Apple was ordered to turn over its internal testing documents and reports to the plaintiffs’ lawyers, one of which revealed that Apple made engineering changes to the phone a year-and-a-half after it was released in order to prevent the touch disease.

Apple has not yet issued any official statement regarding this information.

Airbnb has announced heightened defenses to help prevent disruptive parties over the New Year’s Eve weekend in 11 countries, including Canada. New restrictions will see a ban on certain one-night bookings during New Year’s Eve for entire home listings across Canada. These defenses are in effect for guests without a positive account history, or no...
Usman Qureshi
3 mins ago

Inspired by a true story, Will Smith’s new movie Emancipation is now available to watch on Apple TV+. The movie tells the story of a man who fights through unthinkable terrors in an attempt to reunite with his family. The movie debuted in theaters on December 2, but Apple TV+ subscribers can now stream it...
Usman Qureshi
38 mins ago