During a WWDC developer session, Apple officially announced the launch of its new Business Manager platform for enterprise users in the U.S., which will follow a global launch in 34 countries on June 20 (via 9to5Mac). The platform will then expand to another 31 countries alongside Apple School Manager later this year. 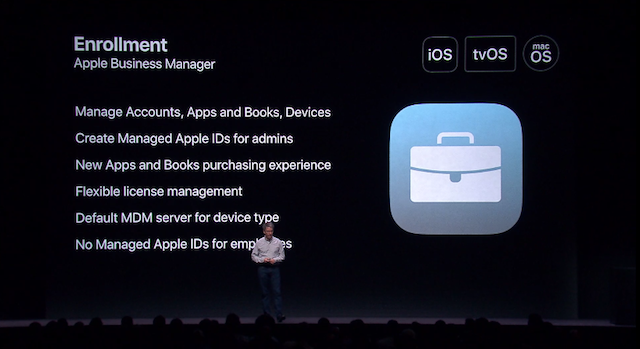 The new Business Manager platform, which debuted in beta earlier this year with a select group of partners, is basically an enterprise version of Apple School Manager, that gives companies a web-based portal for IT managers to deploy and manage Apple devices in the workplace.

According to Apple, the new platform also offers streamlined device enrolment, ability to purchase apps and books, as well as controls for assigning privileges and settings.

In addition, Apple noted that book support is coming to Canada and Germany where previously only apps were supported.

To learn more about upgrading to Apple Business Manager, check out this support document.