Apple has been giving its MobileMe service a lot of attention in the last few months.

In May 2010, just before the Canadian iPad launch, Apple launched a beta of an enhanced version of MobileMe Mail.

That update went live in June, which alongside changing the mail app to resemble the iPad interface, also updated the app switcher, various user controls, and overhauled the Find My iPhone app.

This week, Apple has announced a new beta for the MobileMe calendar app. To join the beta, users must request an invitation through the MobileMe site.

Some of the notable calendar enhancements include new tools for sharing calendars among MobileMe members, publication of read-only public calendars viewable by anyone, and compatibility with the CalDAV standard. 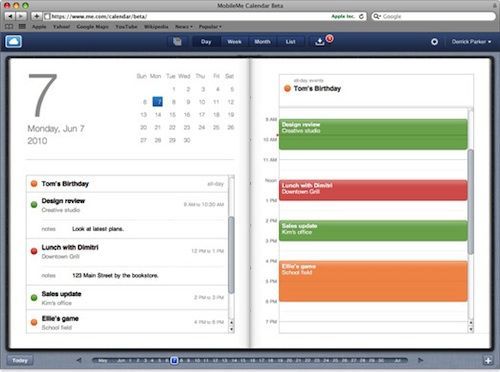