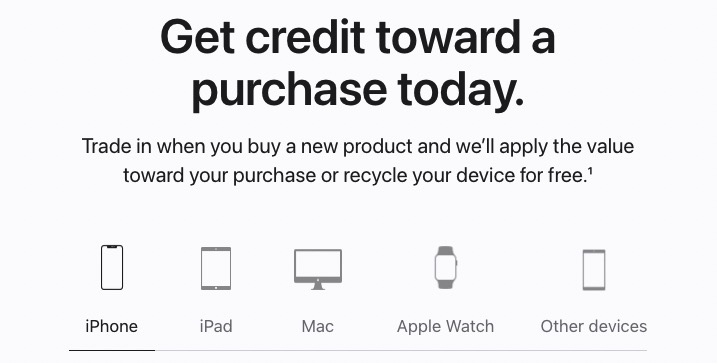 Apple’s Trade In program has launched promotional savings in Canada, offering extra credit when you trade in your iPhone, iPad, Apple Watch or Mac. The promo begins today through May 31, 2022.

The limited-time promo says you can “get more credit when you trade in an eligible Apple device toward the purchase of a new one. Benefit from incredible savings on a device you’ll love.”

The trade in promo details are below, according to an email Apple sent out to customers…

Apple Trade In just requires answering a few simple questions about your device to get an estimate. You then complete your trade-in from home by mailing it to Apple, or by bringing it to an Apple Store. The credit you receive will be put on an Apple Gift Card so you can use it on your next purchase.