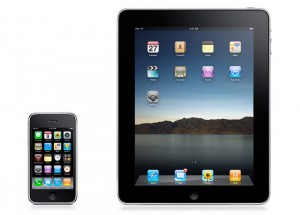 Yesterday it was revealed Apple had launched a lawsuit on Friday against Samsung for ‘copying’ the iPhone and iPad. Samsung as already responded against the suit, and will defend vigorously.

With the release of that lawsuit, total sales numbers of iOS devices were also revealed. Asymco provides a breakdown of iPhone, iPad, and iPod touch sales, as of March 2011:

Add up the totals and you’ll get: 187,000,000. Incredible. Now imagine if you were a developer: would you target the App Store, Android Market, or App World?