According to Dediu’s report, the average Apple device now has a lifespan of over four years, based on the relationship between active devices and cumulative devices sold.

Dediu is basing his calculation on figures released by Apple every quarter on how many units they have sold. It is also based on the rare figure of active devices, which Apple recently published to be at 1.3 billion. According to Dediu, by knowing the number of active devices along with the number of devices sold, it can be used to approximate the average device lifespan.

For example, the researcher discovered that the number of Apple products sold in the third quarter of 2013 was equal to how many products retired in Q4 of 2017. From here, you can assume that 2013 devices died in 2017, and that’s when users went to replace them with new ones. 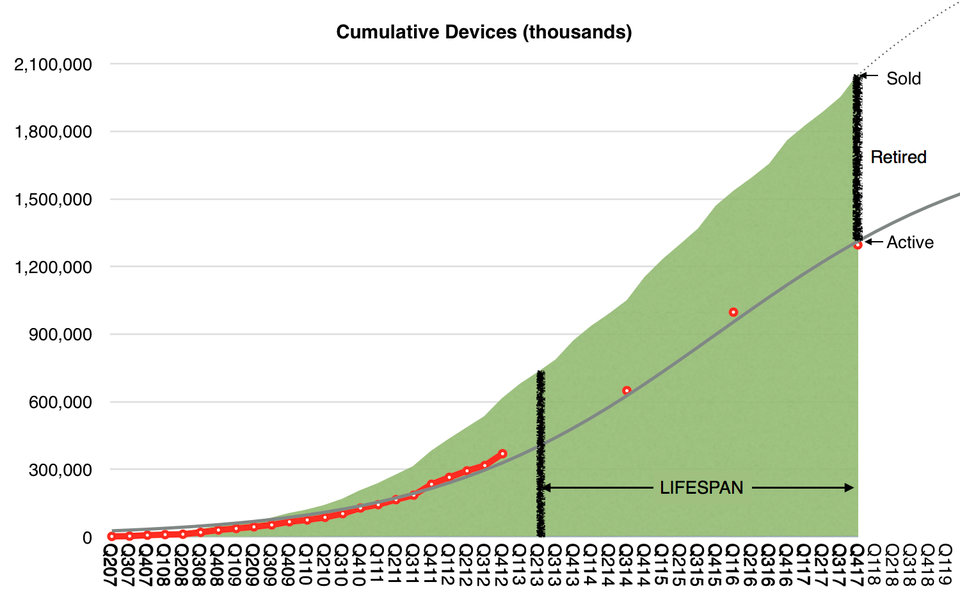 The time difference between the two quarters is the (average) lifespan. Using this formula, Dediu estimated the average lifespan of Apple’s products to exceed four years.

“The lifespan is thus estimated at the time between now and Q3 2013 or 17 quarters or about four years and three months. Note that cumulative devices sold includes Macs, iPhones, iPads, Apple Watches and iPod touch.”