Alongside the iOS 4.2 launch, Apple also revealed that the latest iDevices (iPhone 4, iPod touch (2010), or iPad) could use the MobileMe Find My iPhone feature for free.

A TiPb forum user started setting up numerous accounts only to be greeted with the following pop-up message after the third account was created:

The maximum number of free accounts have been activated on this iPhone.

This device is no longer eligible for creating a free MobileMe account. 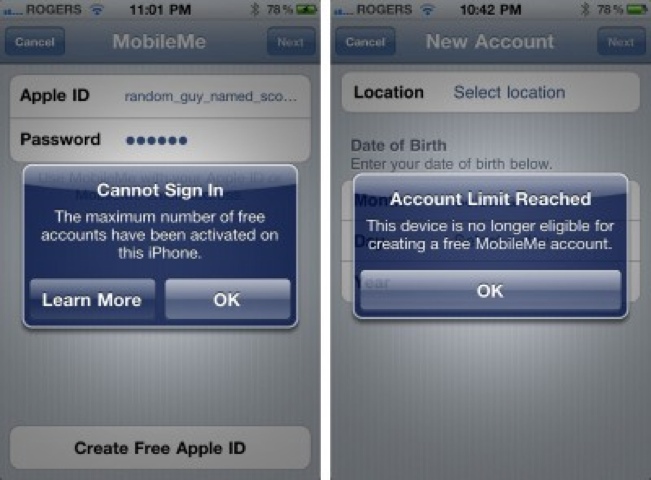 The other interesting find is that once created, the accounts cannot be removed. In other words, once three accounts are created on the iPhone 4, iPod touch (2010), or iPad, that’s it. No more additional accounts can be created.

Normally this wouldn’t be a big issue, but users have yet to find some type of documentation or fine print regarding the account limit.

So for users with limited access to the latest iDevices, it seems that the annual MobileMe subscription may still play a valuable role by giving users virtually unlimited access across many iDevices to Find My iPhone, among other MobileMe services.