The first and only visible result so far of Apple’s exclusive rights for liquidmetal use was the SIM ejector tool, supplied with iPhones. By comparison, the blogosphere was flooded by use case speculations when the deal hit the media in 2010.

A recently granted patent — spotted by Patently Apple — gives more insight into what the company proposes to do with the patented technology it now owns for a specific period of time. Of course, it envisions going beyond some SIM ejection tools. 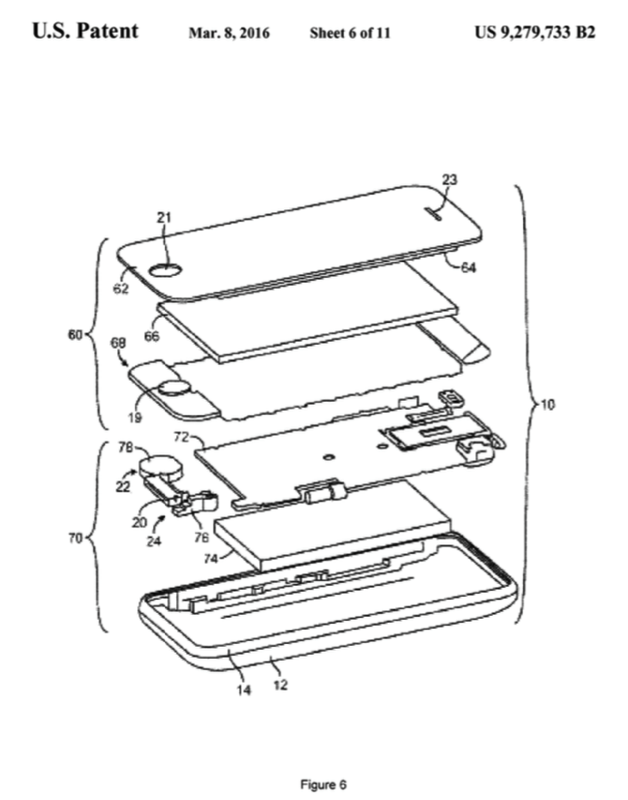 As noted by Patently Apple, the newly granted patent suggests that liquidmetal could be used to improve the reliability of the home button found on iPhones, iPads and iPods. Apple’s invention details pressure sensing systems comprising liquidmetal and pressure-sensitive switches containing liquidmetal, as the material (bulk-solidifying alloy) is capable of repeated deformation when pressure is applied and also of changing its electrical resistivity upon deformation. This is important in “enabling measurement of the change in resistivity and consequently, measuring the deformation and amount of pressure applied,” the patent reads.

The reason for using liquidmetal in such cases is simple:

Because switches on consumer electronic devices are operated frequently, the materials used to fabricate the switch must be capable of repeated deformation and return to their original configuration. The ability of a material to deform reversibly under stress is known as the material’s elasticity. Above a certain stress, known as the elastic limit of a material or the yield strength, the metal material may deform irreversibly, becoming inelastic, exhibiting plasticity and adversely affecting the function and utility of the switch. Crystalline metallic materials such as those used in the prior art (e.g., titanium or stainless steel) typically have a low .sigma..sub.e/E ratio. These crystalline materials therefore have a limited elastic deformation, and may after repeated use, ultimately fail.

Therefore, as the patent suggests, we may well soon see other parts of the iPhones made of liquidmetal.