Jim Yurchenco, the engineer who helped build the mouse for the Apple Lisa, the first mouse ever used by regular people, has retired recently after a celebrated 35-year career. The folks over at Wired have had the chance to interview the influential design engineer, who shared interesting tidbits about his remarkable career as he shared the development of the Apple mouse. 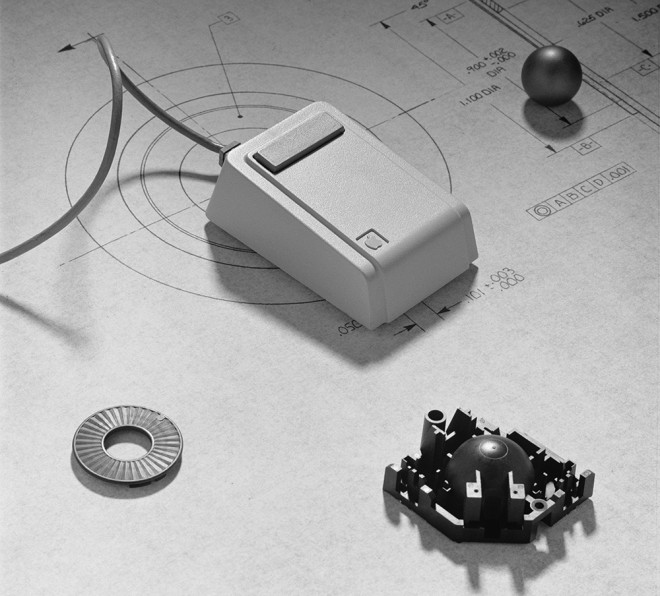 Yurchenco was the first full-time employee at the company that would become Ideo, the massively influential design firm. But before all that, he was a sculptor. “Though he was primarily a welder, he picked up all sorts of new tools and techniques as his works grew more ambitious”, notes Wired. When Yurchenco was just a year or two out of school, he joined his friend’s new design firm Hovey-Kelley. Apple, who became one of the young company’s first clients, was working on the Lisa then.

“As the familiar yarn goes, Jobs had toured Xerox PARC in Palo Alto and seen the future in the lab’s graphical user interface and the mouse that drove it. Apple’s engineers were taking care of the GUI, which left Hovey-Kelley with the mouse.

The version Xerox had been using was an expensive, delicate prototype. Yurchenco and company got their hands on one and promptly dismantled it. “It was obviously way too complicated for what Jobs needed, which was a really low cost, easily manufacturable, reproducible product for consumers,” Yurchenco recalls. The Xerox mouse, full of fussy little parts, reportedly cost $400 to make. It was Yurchenco’s job to transform it into something that could be made on the cheap, by the tens of thousands.”

Yurchenco remembers, everyone assumed mice had to be phenomenally accurate to deliver a good experience. “Suddenly we realized, you don’t care if it’s accurate!” he recalls. “It’s like driving a car. You don’t look at where you’re turning the steering wheel”.

The mouse was a great success. Apple used the exact same internal components in a different housing for the Macintosh mouse a few years later.