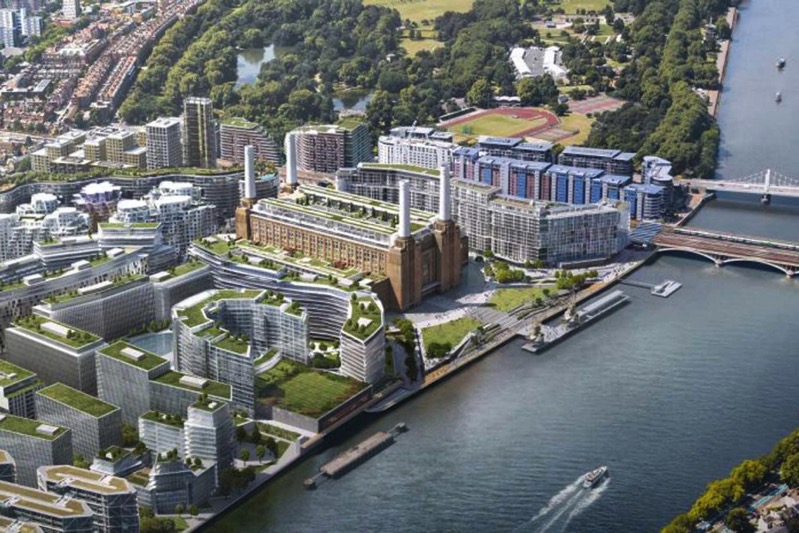 In addition to its Apple Campus 2, the iPhone maker has ambitious plans for a European headquarters. The Standard reports that Apple will create a stunning new London headquarters in Battersea Power Station, where it will move 1,400 staff from eight sites currently located around the capital of Great Britain. The project’s value is estimated to be £9 billion (CAD$15.4 billion).

The new Apple campus, slated for opening in 2021 is the result of roughly a year of negotiations, according to the sources cited by the newspaper. Apple will be leasing 500,000 square feet in total, which makes it one of the biggest single office deals signed in London outside the City and Docklands in the past 20 years. Apple will lease the top six floors of the former boiler house around a huge central atrium.

In a statement to the Standard, Apple said it was looking forward to the 2021 opening of “our new London campus” as staff relocate to “this magnificent new development at one of the city’s best-known landmarks”. It added: “This is a great opportunity to have our entire team working and collaborating in one location while supporting the renovation of a neighbourhood rich with history.”

Apple is expected to move all its “central function staff” in London to the new campus. The company has 2,350 employees in total in London, including 1,100 retail store employees. The new headquarters will have enough space for 3,000 staff, so Apple could hire more people as it grows its operation in London.

The main headquarters will remain in Cork, Ireland, where it employs 6,000 people.

Google has today announced another Pixel Feature Drop with updates across the Pixel smartphone lineup and the Pixel Watch. The updates are rolling out now on Pixel 4a through the latest Pixel 7 and Pixel 7 Pro. Here are all the new features coming to Pixel devices. New features for Pixel Phones VPN by Google One: Pixel 7...
Usman Qureshi
24 mins ago

The folks over at Belkin have launched an Apple AirPods Cleaning Kit that safely removes earwax buildup and restores acoustic performance without damaging your earphones. Belkin's kit offers an easy way to clean the AirPods and helps restore the driver mesh for maximum acoustic performance. The kit includes everything needed to bring the AirPods back to life...
Usman Qureshi
31 mins ago

Canada Pension Plan (CPP), Canada's largest pension fund by assets managed, dumped over a quarter of its holdings in Apple during the third quarter of 2022 — reports Barron's. The Canada Pension Plan Investment Board, which manages the pension, disclosed in Q3 filings with the Securities and Exchange Commission that the fund sold 1.3 million...
Nehal Malik
33 mins ago